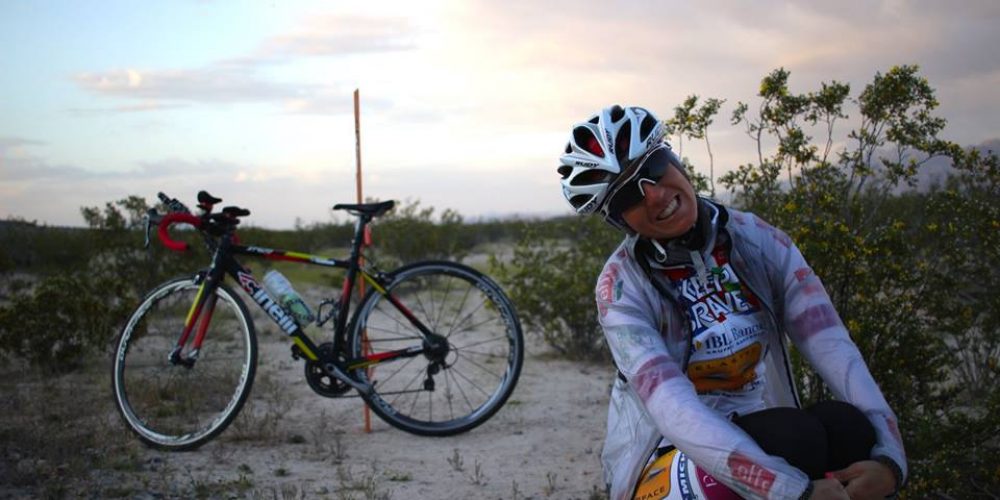 The trip of Paola Gianotti in the United States, crossing 48 states in 48 days for charity attempting the record, it is now in its first week. Paola has sent us voice messages to let us know how it is going. She has recorded them while pedaling, not to lose valuable time, with excited voice but always joyful, and the wind blowing in the background like a soundtrack.

“I started on April 30 from the state of Washington, I made a few kilometers then I went to Oregon. This was the first tough stage: 290 km with lots of uphill, but the adrenaline rush of starting helped me and then I had no problems. I went through the whole Oregon then I went in Idaho, where the temperature began to rise, and then I entered Nevada, the state where I did most kilometers ever: about 700. I really loved Nevada, with its endless flats rounded by the mountains, a few trees and lots of steppe. I always cycled to an altitude that ranged from 1,500 to 2,000 meters above sea level, on one side the thing was difficult because I had little oxygen, but the other side it was beautiful for the view.

I entered Utah only for a bunch of kilometers and then I came back to Nevada to get to Las Vegas. Las Vegas has impressed me a lot, because getting there by bike you see how this city appears in the middle of the desert, into thin air. It hailed and rained a lot. Yesterday I went to California and then I got to the Arizona border, and this morning (Saturday, May 7th ed) we have entered into Arizona. The weather is not so good because until now I had so much headwind, which is detrimental because it makes you pedal so slowly. It has never been very cold, however now I think that I will start to find higher temperatures because Arizona is very hot. This is a state that is in my heart, because during the tour of the world is here that a car hit me. For me it is a challenge to return to ride on these roads, a great feeling. Everything is going well, I am very well supported by the team that follows me. ”

The trip started from the city of Walla Walla, in Washington State, and it soon continued toward Oregon, Idaho, Utah and Nevada. From there Paola reached Las Vegas, California and Arizona.

For his adventure, Paola Gianotti relies on the technical support of the app SPH cycling, which allows you to always have the situation under control .

Stay tuned to find out other details of this great adventure!