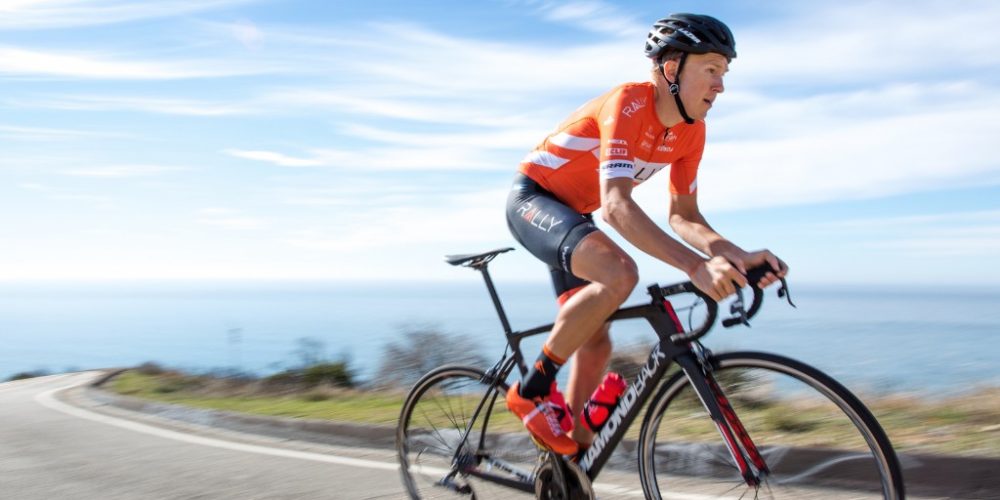 Rally Cycling heads in to the 2016 Amgen Tour of California with momentum after a successful Tour of the Gila. Rob Britton and Jasmin Glaesser both finished on the podium with mirror third place finishes in Southern New Mexico and will lead Rally Cycling in California.

“During the Tour of the Gila I was climbing very well,” said Britton “That was made possible by the work the team did before the climbs. A lot of the same guys from Gila are going to the Tour of California so that bodes very well for us. Last year I was 10th overall and I would like to improve on that. The team has had some great preparation and I’m really looking forward to the race getting underway.”

In addition to Britton, the men’s team will include other general classification threats Danny Pate and Evan Huffman. Pate is a strong time trialist with over a decade of European experience at the WorldTour level. Huffman is also a noted time trialist and will be extra motivated to stand on the podium in Sacramento, having grown up just south of the capitol city in Elk Grove. A dark horse for the general classification, but surely one to watch in the best young rider competition is Canadian climbing specialist Adam De Vos. Pierrick Naud and 2014 Amgen Tour of California stage winner and King of the Mountains champion Will Routley complete the Canadian contingent. Rally Cycling rounds out the ATOC roster with 2015 Elite National Champion Emerson Oronte and Jesse Anthony, a stage winner in the 2011 Tour of Utah.

“The Amgen Tour of California is one of the premier events on the calendar and a great opportunity for the team to show its capabilities against the best teams in the world,” said performance Manager Jonas Carney. “ The team has been riding well and are bringing a squad to challenge for stage victories and the general classification. The team has pulled off some big results in California and we are grateful to have another opportunity to compete in such an amazing event.” 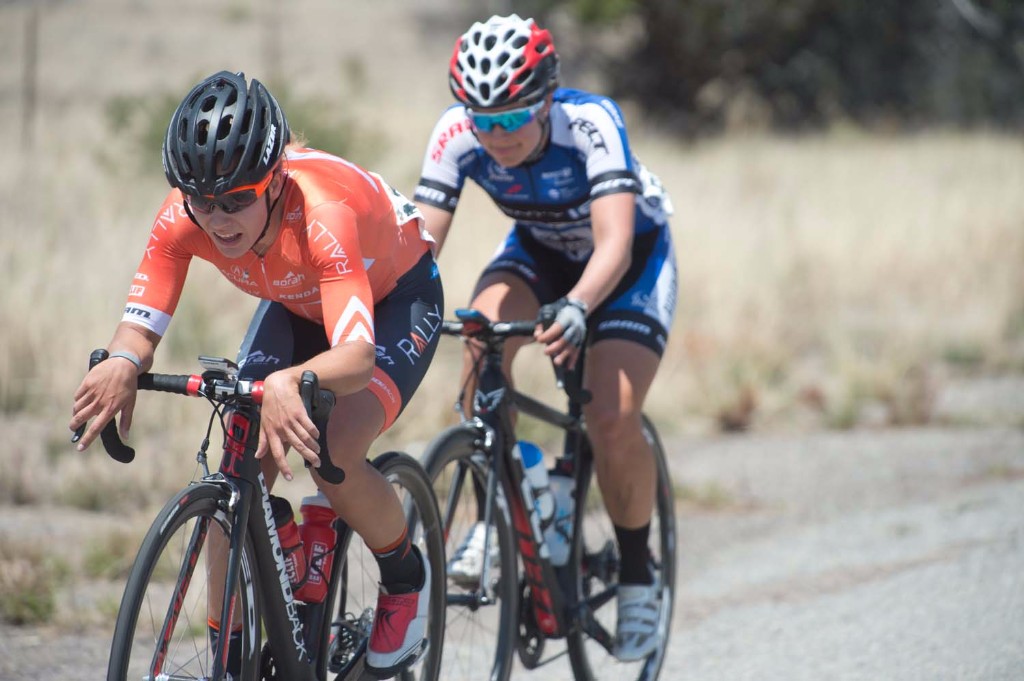 The women of the Rally Cycling started the season as an unknown quantity in the peloton but soon established themselves as a force to be reckoned with through aggressive racing and high profile victories. This past week in New Mexico was no different as the team ended the week with two stage wins, courtesy of Jasmin Glaesser and Heather Fischer. Fischer claimed the points jersey while Glaesser finished  third overall and took home the Best Young Rider’s competition.

“It was so close last year – I went into the final day third last year and dropped down to fourth, so it’s great to reverse that this time around,” said Glaesser of her podium at Tour of the Gila. The team’s performance this week is credit to how strong our squad is. It is great to have these wins and momentum heading into California.

Kirsti Lay will join Glaesser in California as they both continue to divide their road ambitions with Olympic aspirations. Lay claimed the Queen of the Mountains title in the inaugural women’s edition of ATOC in 2015. Another threat for the overall, as well as the special jerseys on offer in California, is Redlands Bicycle Classic Queen of the Mountains Sara Poidevin. Tour of the Gila stage 4 and Points Competition winner Heather Fischer will continue her aggressive, attacking riding on the roads of California. With the stage 2 team time trial crucial for the overall classification, Rally Cycling will include 2015 Junior World Time Trial Silver medalist, Emma White. Hannah Ross, another strong rider against the clock makes her return from injuries suffered at the Redlands Bicycle Classic.

“The Amgen Tour of California is the biggest challenge yet for the women of Rally Cycling,” said Team Director Zach Bell. “We will have a great mixture of seasoned veterans and exceptional young talent to take on the challenges of California. We are looking to have a strong showing in the team time trial and give our young riders a chance to measure themselves at the highest level.”