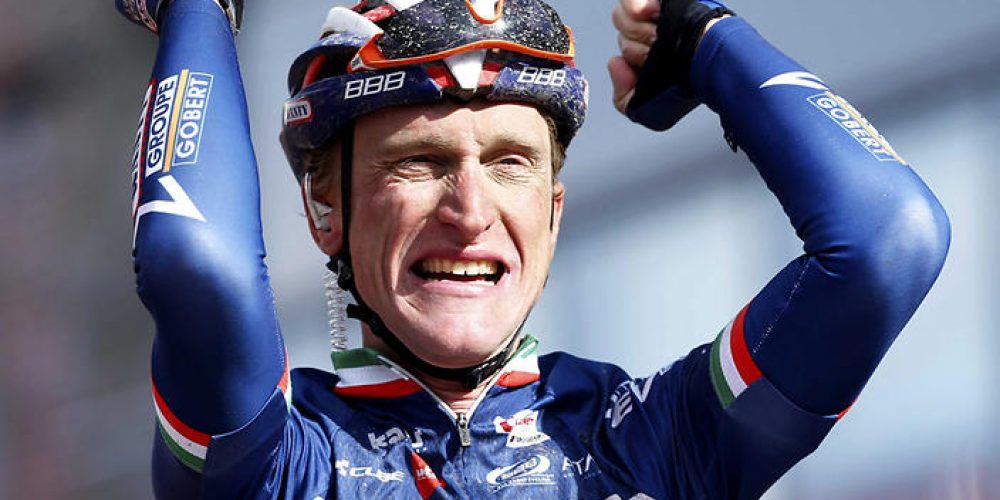 Paolo Aste has reached his record: he raced the 6 Northern Classics in 5 days, 63 hours of actual ride. The goal was to not overcome the 72 hours, then it went well, very well indeed. But the champions of the Amstel Gold Race, yesterday, were two: Paolo Aste and Enrico Gasparotto, in two separate races.Paolo’s one, against himself, against time and against the human resistance; the other Gasparotto’s one, in a northern Classic victory which was also a tribute to teammate Antoine Demoitié, deceased less than a month ago, on March 27, during the Ghent-Wevelgen.

The victory of Paolo Aste …

The day has an heavy start, little sleep, waking up at half past one with a temperature that does not allow the ultracycler to warm up, and that forces the team to stop to give him a hot drink. Fortunately after dawn the situation improves and Paul speeds up, raising the average. At kilometer 220, at the base of Keutemberg, Paolo meets Paul, organizer of the Amstel Gold Race who accompanies him for the last 30 kilometers, closed to traffic for « ride over », but exceptionally opened for Aste. From km 220 to 250 the boardwalk is triumphant. Thousands of people thronged the sides of the road waiting for professional cyclists coming to the finish line of this legendary Northern Classic and they take the opportunity to push Paul to pedal harder and harder. With all this energy, Paolo crosses the finish line with his arms up, full of joy and so much emotion. Goal achieved! Now it’s up to racing cyclists for the same Classic. 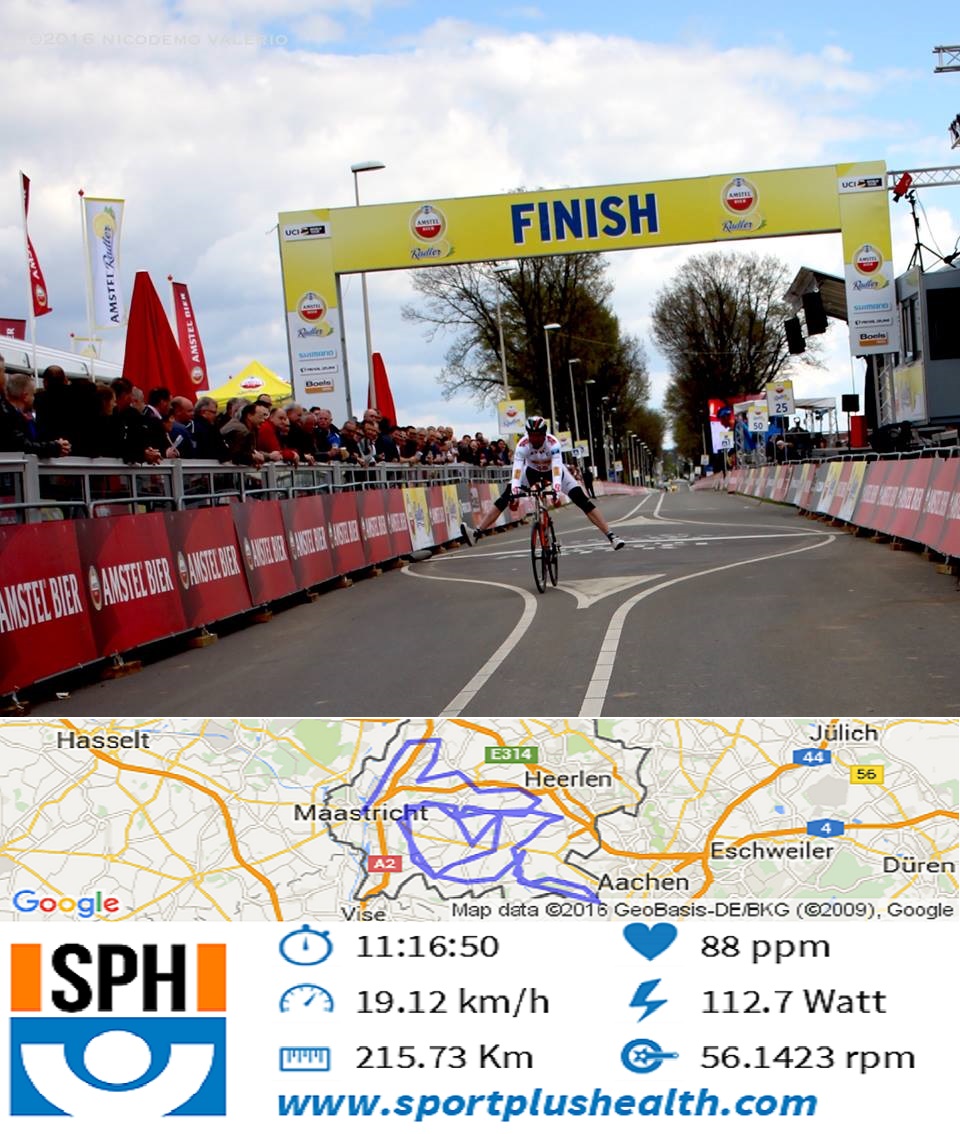 … And the one of Enrico Gasparotto, with a special dedication

Friulian 34 year old Enrico Gasparotto won for the second time the Amstel Gold Race, upping the Danish Valgren. Only seconds from the two, another Italian, Sonny Colbrelli won the third place. For Italy is the seventh victory in the Amstel history, race born in 1966 but already become one of the Northern Classics: the winners were Zanini (1996), Bartoli (2002), Rebellin (2004), Di Luca (2005 ), Cunego (2008) and the same Gasparotto (2012). And it is the Amstel to open the Triptych of the Ardennes, followed by the Fleche Wallonne and Liège-Bastogne-Liège, planned in the coming days.

On the finish line of the Gasparotto wanted to dedicate his success to his teammate Antoine Demoitié, the Belgian 25 years old cyclist hit by a motorcycle after a fall during the Ghent-Wevelgem in Belgium. « I have no words, everyone knows who’s this victory for. It ‘s incredible: my teammates did a wonderful job. We at WantyGobert had an incredible motivation, yesterday the wife of Antoine came to the hotel to see us and it was an incredible feeling, one of the strongest I’ve felt in my life », he said moved to RaiSport microphones Enrico Gasparotto.