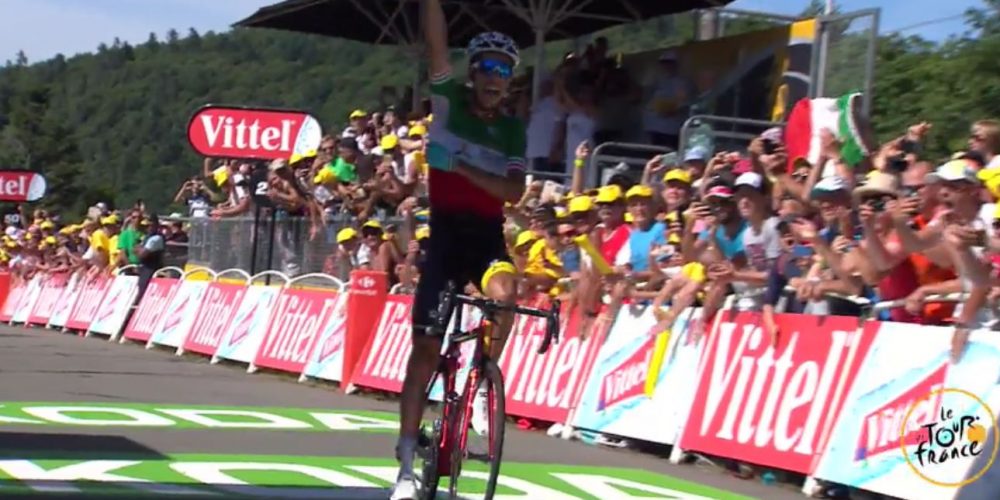 Planche des Belles Filles (FRA): At 2,400 meters from the arrival, the group still riding at a crazy rate. Gerrain Thomas had yet to go into action to give the latest sprint in favor of Chris Froome but at that point Fabio Aru placed his shot, a bit to pride and a bit to test the resistance of the opponents. And then the surprise, the Villacidro’s Sardinian broke all the tactics of super-programmed athletes from the UK SKY team.

“A fantastic success – Aru’s comment – with a jersey, the one reserved to Italian champion, which I really enjoy so much.”

Now he took the third place just 14” from the yellow jersey that went over the shoulders of Froome.