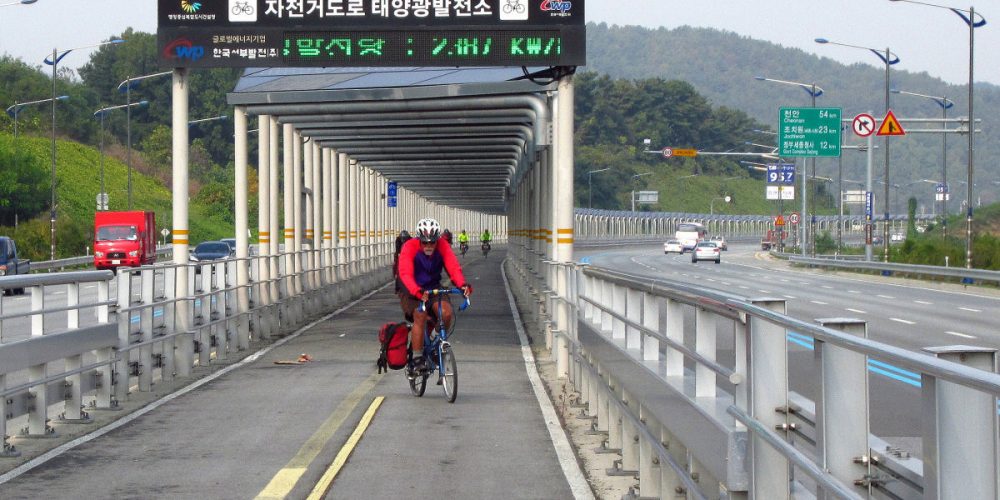 What are the countries that have built the first fast roads for bicycles? Holland, Denmark, Germany, South Korea, England: these are the five nations that have invested in sustainable mobility even on medium to long distances.Let’s find out where are these freeways bicycles.

The Danish super bike path which connects Copenhagen to Albertslund is recognizable by the orange side edge. Twenty-two kilometers along which are located services for the inflation of  tires, safe crossings and traffic lights timed on the average pedaling speed, to reduce the number of stops. The Copenhagen-Albertslund track is the first of a network that involves the construction of 26 cycle expressways for a total lenght of 300 km. This network will increase the number of tracks in the area of 15 percent, and experts predict that their usage will reduce public spending by 40.3 million euro a year thanks to the health benefits. 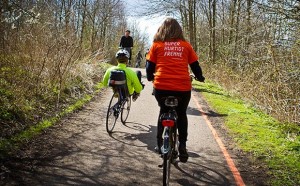 The cycle superhighways are bike paths that connect the suburbs of London to the city center. They are designed to be direct, secure and fast, the best choice that commuters can do to reach their place of work without polluting and keeping in shape. They will be completed by spring 2016. 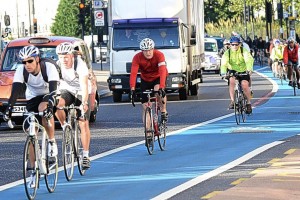 In Germany, the Rs1

Rs is short for Radschnellweg or fast road bike. The Rs1 consists of 100 kilometers of track built to facilitate long-distance journeys. Along this road, the bikes have four meters of track to move, two meters are reserved for pedestrians. The motorized traffic is located beyond two rows of trees. To ensure a good average speed of travel along the Rs1 traffic lights, curves, crossings and all the things which can create slowdowns have been reduced to a minimum. The German motorway for bikes is located in the Ruhr industrial region, frequented by commuters who work there, who can now adopt a new and sustainable mobility, avoiding traffic.

Find more about this 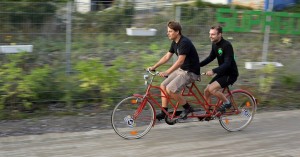 In South Korea, the highway is photovoltaic

The Korean superciclabile connects 20 km from the city of Daejeon to Sejong and it is covered by a roof of photovoltaic panels that serve two purposes: to repair the cyclists from the rain and to produce electricity. The curious thing is that the highway was built in the middle of a real highway of six lanes for motor vehicles, which has sparked some controversy regarding the safety of cyclists, especially in the event of a crash between cars traveling to the side of the bike. 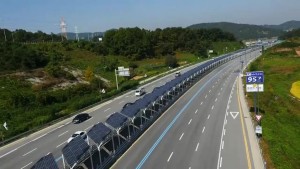 The Fietssnelweg F35 is located in the Netherlands, about 60 km in the eastern region of Twente, on the border with Germany. The F35 is a fast path for bicycles, safe and non-stop 62 kilometers of Nijverdal to the German border, with branches from Almelo to Vriezenveen and from Enschede to Oldenzaal. It is a cycle path with a width of 4 meters, asphalt of good quality and intersections reduced to a minimum. The F35 runs roughly parallel to the A35, hence the name F35.