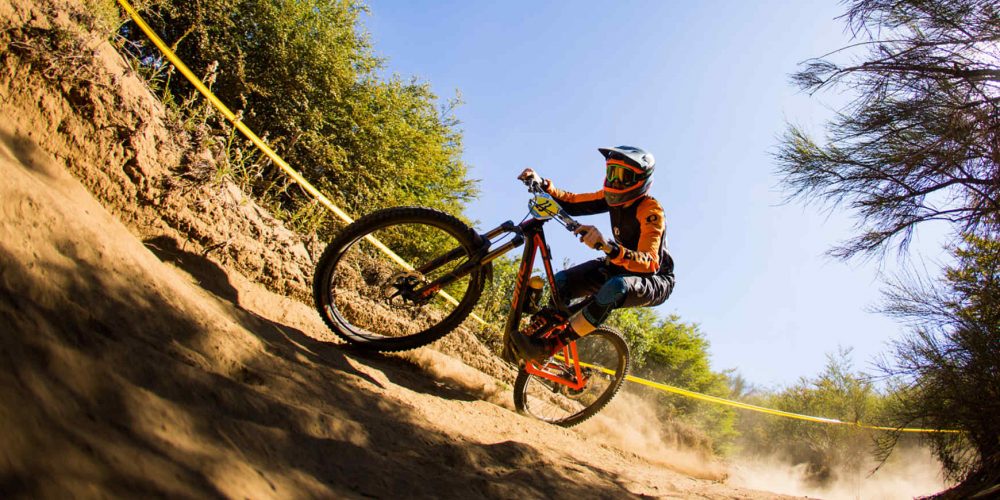 For the first time ever, the BMC Factory Trailcrew had two riders in the top 10 of an Enduro World Series event – a promising result for the season start.

A week after the opening round of the EWS in Chile, the world’s top Enduro teams were in Bariloche, Argentina for two days of racing on its rough and dusty trails. Among the participants were a bunch of well-known downhill riders whose exceptional technical skills earned them top notch results. New BMC rider Lewis Buchanan was one of them. The Scottish rider who switched from Downhill mountain bike racing to Enduro this winter took advantage of the terrain to take seventh place in the overall classification after a remarkable second place in the second stage, with less than a second behind final winner Richie Rude. “I am stoked with this seventh place and really happy with my riding this weekend” Buchanan explained with a huge smile on his face. “I crashed in the first corner of Stage 3 on Saturday but still managed to finish seventh on the stage. It made me realize though that taking less risks but staying on the bike was the best way to tackle day two”. When asked about his first two EWS experiences, Buchanan admitted he “knew he was fit and had the skills but didn’t expect such good results”.

Despite a couple of crashes in training, and terrain that isn’t his favorite, the French rider rode very consistently over the weekend and even took second place in the fifth stage, the longest and most physical of all, also behind Richie Rude who has been dominating the Series so far. “I am pleased with my result this weekend. A second top 10 after Chile is pretty unusual for me so early in the season and that gives me a boost of confidence. The EWS in La Thuile and Valberg are the ones I have highlighted on my racing calendar and I can’t wait to race there.”

Before that, Buchanan and Bailly-Maître will race some national events (round two of the Scottish Series and two rounds of the Cannondale Enduro Tour in France) before heading to the third round of the EWS in Ireland on the 15th of May. They’ll race there with high expectations now that they are in 8th and 9th place in the overall classification with 690 and 680 points respectively.

Bariloche results are available here and the overall classification here.