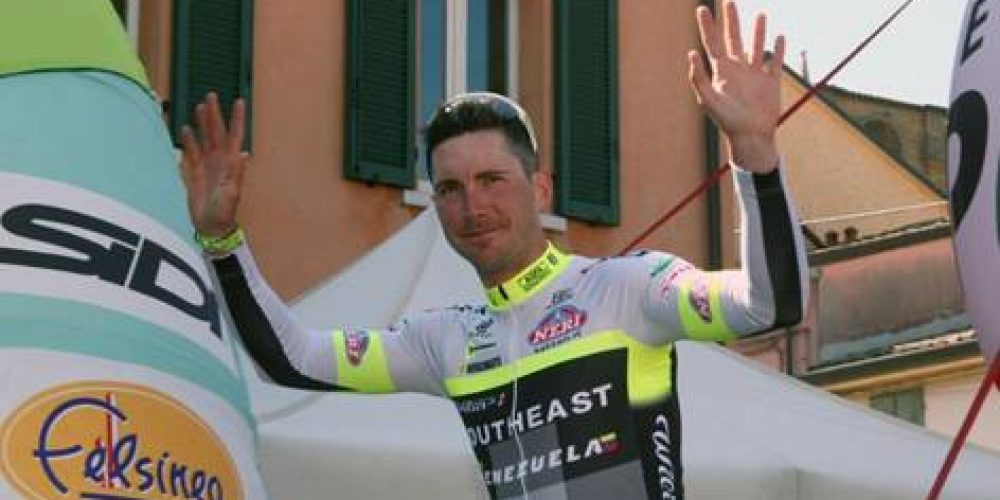 A day to forget for Team Southeast – Venezuela at Driedaagse De Panne. In 10 kms the team has lost both Manuel Belletti and Andrea Fedi.

The tuscanian rider tried to hold on but the pain in his knee, started already in the last week, was too hard to carry on in the race.

The worst ending was for Manuel Belletti who felt down after 10 kms sustaining a concussion. The romagnolo rider has been transfered to the Hospital of Oudenaarde where luckily no fractures have been find. Belletti will spend the night in the Hospital where he will remain under observation.

In race Filippo Pozzato and Giuseppe Fonzi ended just behind the main bunch whose sprint was won by Elia Viviani.