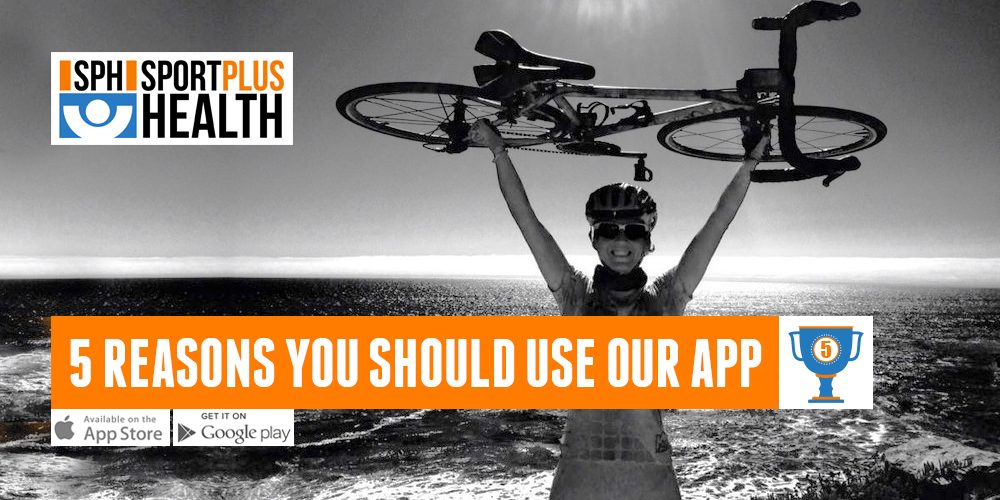 There are several features that distinguish SPH App from the competing ones, making it unique.For example, the possibility to plan accurate training sessions sized on your own anaerobic zone, without using expensive sensors, or the possibility for trainers to organize and control the training of an entire team. Until the sharing of the routes you made and their reproduction on two-wheels by staying at home. We talked about each one of these features in an ad hoc article. Here you find them brought together at a glance.

SportPlusHealth is the only App for cycling which is able to measure power without using expensive sensors, thanks to a system which emulates power sensor through a specially studied algorithm. In fact, a test from which you can obtain the necessary parameters was devised. Then if you put the data in the algorithm, it is possible to calculate the power generated by an athlete while pedalling.

With this system, a cyclist who have many bicycles at his/her disposal would be able to equip each one of them with its own emulating sensor, therefore at a very contained cost and a good reliability level. The details in this article: « To measure power without sensors is possible if you have the right App! »

As things stand, almost nobody among athletic trainers measure lactic acid level of their riders during effort tests, limiting themselves to measure the heartbeat. The App offers the possibility to measure the lactic acid with the Mader test and, once you pick out your own personal anaerobic zone, to create personalized tables.

The devise that measure the lactic acid is self-diagnosis (the ones used for measuring glycemia) and if you want, you can download the data on your smartphone by a USB twin cablet.

The details in this article: « SportPlusHealth app allows you to compute by yourself the anaerobic zone at an affordable price »

Besides, SportPlusHealth allows to map out and memorise routes and relating performances of every athlete during training, in order to look at the performance trend through time, but also control the abidance of the schedules of an entire team (until twenty-four athletes) and to monitor on map where the single cyclists are in that exact moment.

A further advantage of the App is to be focused just on the smartphone, without requiring a link to another devise, for example a cycle computer, even if, however, our App and the smartphone on which it is installed are able to coexist with a personal cycle computer without interfering at all.

The details in this article: « SportPlusHealth App for trainers. A precious instrument for athletic trainers. »

You just need to keep your App on while pedalling on a route in order to memorise the data. Then you upload them in the SPH cloud and at this point you share them with the other cyclists who also have the App.

On the other hand, when you arrive in a unknown area but you want to know if there are interesting cycling routes, you just need to run the App and look for the routes which have been uploaded by others cyclists, divided according to mileage and altimetry; you also have the possibility to see the routes in street view, both on road and off road, if they have been mapped by Google.

Besides, SPH offers the possibility to record video of your own routes, by synchronizing the smartphone and an action-cam, in order to reproduce them “on pedals” at home, putting the bicycle on rollers controlled by the App.

Other than the pleasure to relive at home an outdoor experience, this also allows to study possible variations on –perhaps- a race route, so that you can see how times change according to the point of the route where you decide –or not- to make a bolt.

The details in this article: « With SPH App you can share your paths. And see the others’. »