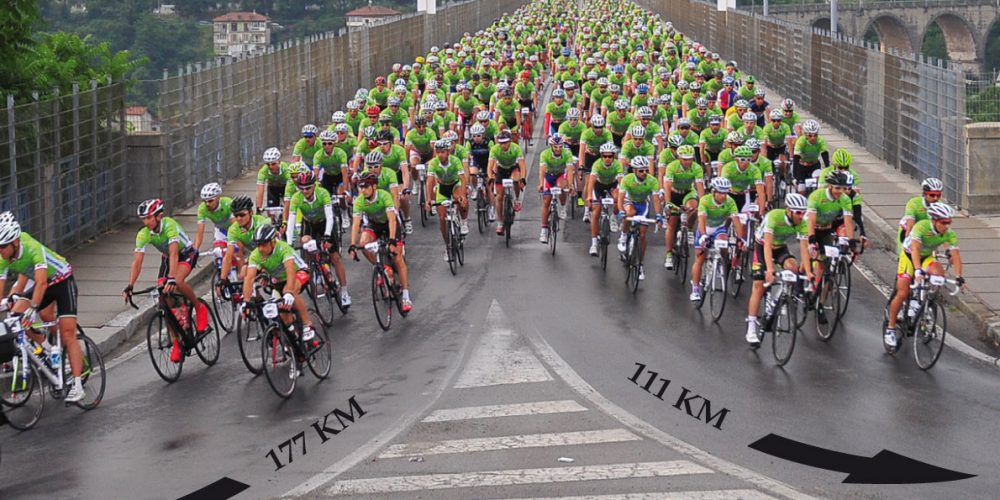 The Fausto Coppi – The Alps of the sea, its first edition was in 1987, is a cycling marathon considered among the “big” four of the international cycling scene, an event that each year collects in the province of Cuneo thousands of cyclists from all over the world, thanks to challenging locations and breathtaking scenery. The appreciation of the cyclists in the world is shown by the massive presence of foreign athletes: 30% of the total, this year. The countries most represented are the Netherlands and France, followed by Australia, Austria, Belgium, Denmark, Spain, Monaco, England, Germany, Greece, Lithuania, Norway, New Zealand, Romania, Switzerland, Tahiti, USA and Mexico.

A curiosity of this edition is the new shirt made by the French company Ekoi, known name in international cycling and sponsor of great champions, who created a highly technical chief, produced in Italy with national fabric. The mesh is characterized by long zip, three pockets on the back and three different fabrics: breathable windproof on the front, breathable mesh on the back and Lycra on the hips and shoulders, characteristics that makes the garment a comfortable “second skin”.