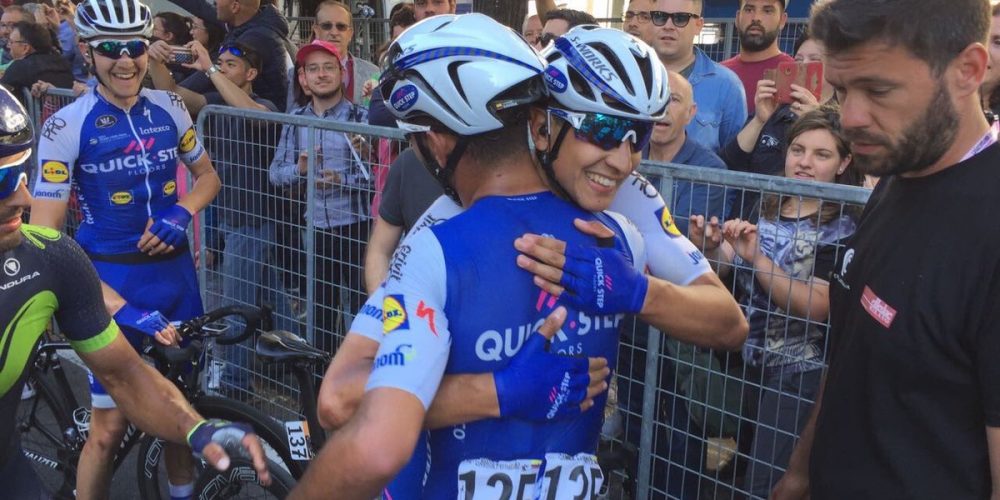 Davide Martinelli, a boy who has grown up using technology. He is used to working with modern instruments that technology made available to athletes. We were lucky enough, thanks to his kindness, to have access to his last kilometer data of the Cagliari stage.

To best analyze these data we asked for the help of an athletic trainer, former pro, like Rubens Bertogliatti. The ticinese has supported us with his expertise.

TECHNICAL FOCUS: a very spectacular stage set up by the guys of the QuickStep, with riders who have given the best of themselves, both physically and tactically. Let’s focus into the detail of the stage thanks to the precious support of one of the protagonists of the action, Davide Martinelli, who show us some of the data recorded during the last and hard kilometers of the Cagliari stage, the ones that saw the first victory at #giro100 of Fernando Gaviria and allowed Bob Jungles to wear the jersey pink.

The Belgian team keep a low profile for all the stage but at a signal by DS Davide Bramati the powerful riders show their strength.

What we can see from Davide Martinelli’s data? In the last 12 kilometers he has worked at the best of his possibilities and is very close to his maximum limit.

What you can see in his data is that he were not alone in his effort but working with the team. From the data we can assume that the young brescian rider was among his threshold limit when he was behind his teammates and slightly out his threshold when he was in the lead. In a more detailed analysis we can state that its lactic acid production was really high and the short in-threshold periods didn’t allow to release the lactate from muscles, which is normal because this happen near the finish line. In this part of the race he was able to release an high power, at least until the last 2 kilometers when he leave the lead to his teammates.

Probably, we could say that he was giving everything keeping an average of 400 watt for almost 10 minute which is a great value.

What can you see? Power, calories consumption, slope, speed, geolocation and cadence. 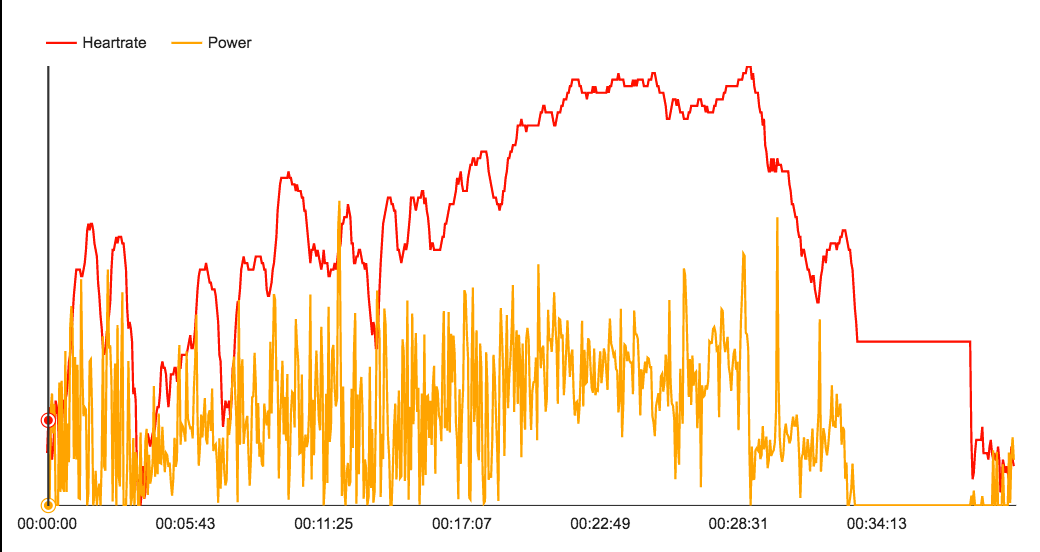