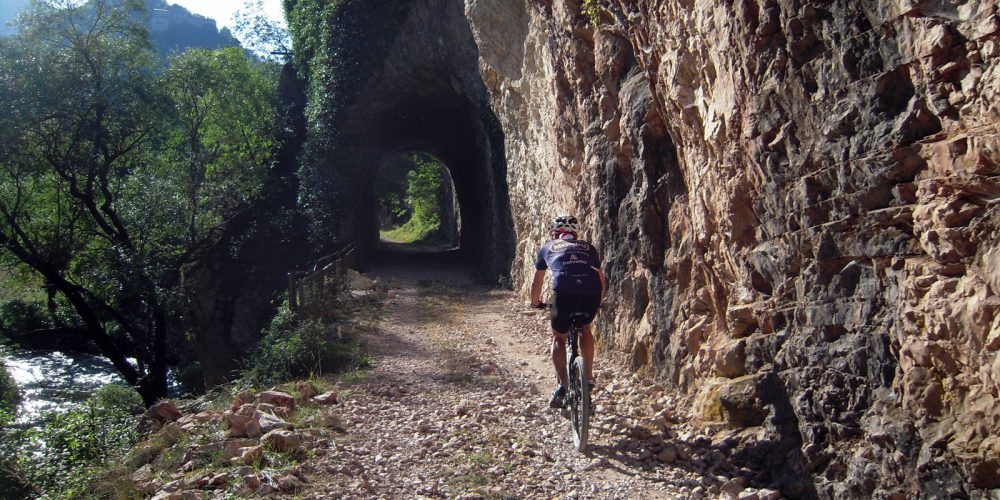 This year the first edition of  Italian Green Award was held, an official acknowledgement which rewards the most beautiful and better organised Italian Green Roads for bicycles.

The Bel paese is plenty of these routes, and the award’s goal is to enhance their value, also as an economical resource: at the European level, big bicycle lanes have a highly respectable turnover, suffice it to say that the Danube lane yields 71 million euros yearly.

The winner tracks for this year? They are three, from Umbria, Veneto and Liguria

The Assisi-Spoleto-Norcia, from the green heart of Umbria, took the first place. It is composed by 102 km enchased in Umbria Valley’s marvellous views and villages. This bicycle lane has been realised thanks to important facilities’ development and allows to discover places of worship, historic areas, uncontaminated scenery, river banks. The jury chose to present it the first prize because its suggestive route enhances a little-known and structured area, which has nevertheless a huge potential regarding cycle tourism.

Second in the ranking is the Dolomites-Venice lane, in Veneto. 191 km which stand between Cortina and Venice on a bicycle road. This bicycle lane starts in the conservation area of D’Ampezzo Dolomites Reserve, running along the abandoned line of the old railway and then until Santa Croce Lake for 50 km, across woods and paths within the northern ground of Veneto. From Dolomites to the Adriatic Sea, the route is entirely indicated.
Third in the ranking is the Cycling Riviera, in Liguria. Just 24 km long, this beautiful bicycle lane winds along the abandoned  Genoa- Ventimiglia railway and represents a virtuous of development and the best example of how to realise a bicycle lane nowadays. In fact, the lane has a 5,5 metres width on average, forwards and backwards for cyclists, and a lane dedicated to pedestrians. All along the route there are 5 refreshment stands, 7 bicycle renting and maintenance service points, drinking fountains, road signs and trial system. The tunnel museum celebrating Milano-Sanremo lane’s history is the boast of this bicycle lane which, through Sanremo, Arma di Taggia, Riva Ligure and Costaraniera links Ospedaletti and San Lorenzo al Mare
Special award were conferred to Tuscan for the Francigena lane; a special mention to South Tyrol for the Claudia Augusta lane and to Trentino for the Adige’s Valley.
The sustainable mobility award goes to Pesaro’s Bicipolitana, in Marches, with the wish that this light railway model, made for bicycles, will soon take hold all around Italy.
Image credit by:  www.laspoletonorciainmtb.it