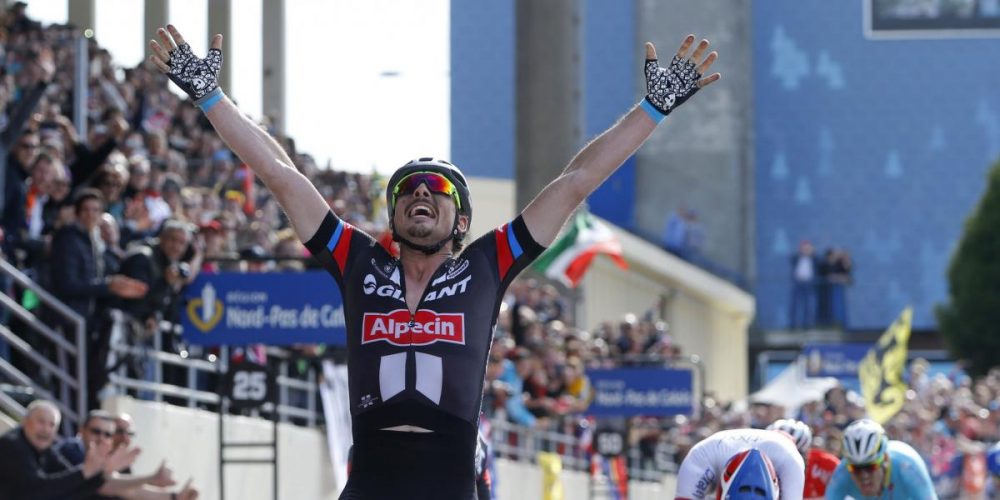 Trek-Segafredo is excited to confirm that Paris-Roubaix and Milan-Sanremo winner John Degenkolband his right-hand man Koen De Kort have signed multi-year contracts with the team. Degenkolb signed through 2019, while De Kort inked a two-year deal.

German John Degenkolb is indisputably one of the stars of cycling. At 27 years of age, he has gathered a palmares that includes Paris-Roubaix, Milan-Sanremo, Gent-Wevelgem, Paris-Bourges, Paris-Tours, the Vattenfall Cyclassics and numerous stages at the Vuelta a España, the Giro d’Italia, Critérium du Dauphiné and Paris-Nice.

John Degenkolb: “I’m incredibly excited about this transfer. It’s a big step for me to get such a great opportunity in a team like Trek-Segafredo, with such a strong Classics inspiration. It’s a dream come true. My previous team (Giant-Alpecin) was very committed to my ambitions in the Classics as well, but coming to Trek-Segafredo feels like the next big step for me. This team is one of the few really big teams in races like the Tour of Flanders and Paris-Roubaix, and this was a big motivation for me to join.

“The experience in this team when it comes to those couple of weeks in March and April is really top-shelf. Also, the bike technology and other equipment, and the focus on details were decisive factors for me. The staff and the core of riders for the Classics are really good, particularly Jasper Stuyven. Jasper is a really great rider, and I believe he can be the key to the team’s success. His value for the team is huge, but he is a guy that will also have chances for himself.”

“I see this as a natural progression in my career. I hope to repeat my performance of 2015, and why not be even better in my new kit in 2017? I believe what I showed in 2015 was not my maximum potential and that I can develop even more, and I am convinced that the performance staff of Trek-Segafredo can help with that. I am also excited to come aboard Trek-Segafredo with Koen; I started racing with him in 2012, and we understand each other very well.”

33-year-old Koen De Kort won the U23 Paris-Roubaix (2004) and a stage at the Tour de l’Avenir (2005) before becoming one of the most valuable lead-out men in the pro peloton. He has been a teammate of Degenkolb since the 2012 season. He had a part in the majority of Degenkolb’s victories, proving his value as an indispensable helper, both in the Classics and in leading out the sprint.

Koen De Kort: “I am hugely excited! Trek-Segafredo is a big, strong team with a beautiful image and a number of really strong riders. I like the way this team races, in particular at the Classics when Fabian Cancellara was the team leader. With John and Jasper (Stuyven) as our target men, I hope that we can continue to race with inspiration. I am really looking forward to this new challenge and working for the team goals, not only in the Spring races but throughout the season.”

General Manager Luca Guercilena: “John is a champion, and we are honored to welcome him to our team. I have no doubt this is a perfect match between a hardworking, talented young man and our structure. The same goes for Koen: his commitment to working for John is exemplary, and I have no doubt he will fit in perfectly with our roster of riders. Both John and Koen represent this team and its core values around teamwork, multi-national camaraderie and a warm connection with our fans and sponsors, very well.”