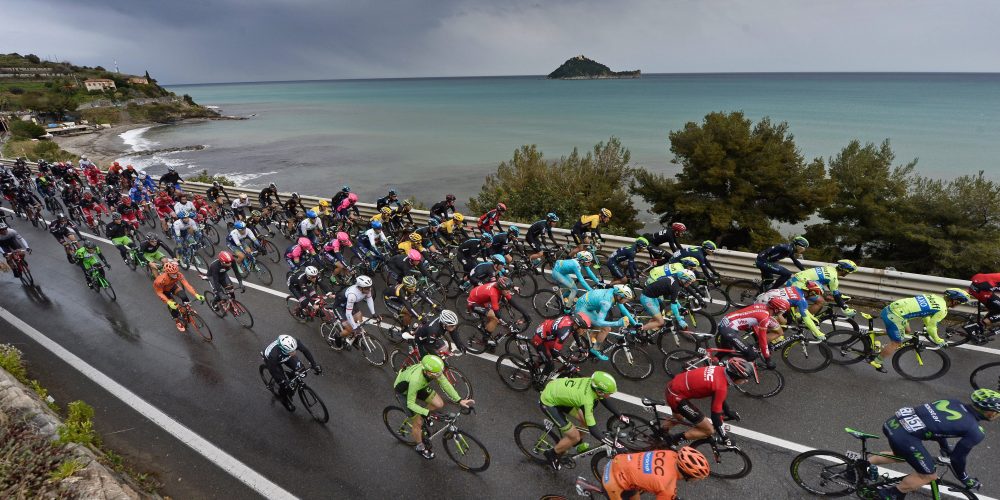 Saturday, March 19th the Spring Classic of cycling is back, the Milan-Sanremo, at its 107th edition. We retrace the history of this memorable cycling competition.

Starting at 10.10am from Via Della Chiesa Rossa, in the south of Milan, and arriving in the city of flowers around 17.00. The path (this year 291 km) and the mileage have remained virtually unchanged since the first edition. In 1960 has been inserted the famous climb of the Poggio, in Sanremo, the last before the finish line.

In 1937 has been settled a fixed date for the race on March 19, the day of the feast of St. Joseph. Since edition 2013, the race takes place on the nearest Sunday. But this year the date becomes again March 19, which falls on Saturday.

The idea of performing a cycling competition along the Milano-Sanremo route came to the journalist Tullo Morgagni from Gazzetta dello Sport, which had already launched the Giro di Lombardia.

On April 14, 1907 it was held the first edition. At the meeting, in Conca Fallata inn of Milan, along the Naviglio Pavese, 33 of the 62 registered runners are present. At Sanremo they will be just 14. It’s a rainy and cold day the final one, and the winner is the French Lucien Petit-Breton, under contract with Bianchi, who complete the 281 kilometers of the route in 11h04’15 », at an average around 26kmh. During the years travel time was shortened more and more, just think that last year the German winner John Degenkolb has burned 293 km in 6h46’16 », at an average of 43.3 kmh! 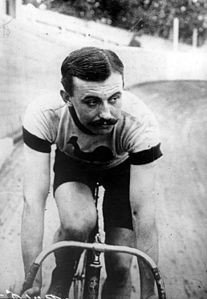 In 1910, the Super Classic definitively entered into legend, with athletes who seek refuge in the houses along the way due to the extreme weather conditions. Of about sixty members only seven manage to get to the finish and the winner is French Eugène Christophe, convinced that he had the wrong road.

Weather conditions, often adverse, have become one of the Milano-Sanremo features. In 2013, the race is stopped in Ovada for an intense snowfall. The riders reach by coach Arenzano, where they restart with the gaps recorded in the town of Alto Monferrato.

Between 1917 and 1928 Costante Girardengo enters the myth of Classicissima climbing on the podium every year (except in 1927), six times on the top step. In 1946 the winner is Fausto Coppi (as well as in 1948 and 1949) with an escape of 150km and a lead of 14 minutes over second classified, so much so that, given the large gap, radio columnist Nicola Carosio comments like this the finish line cutting: « First, Fausto Coppi, waiting for the runner-up, we will forecast dance music! ».

The race through the years becomes more and more international; witness is the long fast of Italian winners, from 1954 to 1969. In 1966 the era of the Belgian Eddie Merckx starts, who with seven triumphs establishes the absolute record of victories of a cyclist in a single great classic.

Soon, we will have the 2016 edition. An event not to be missed. Follow it with Sport Plus Health!