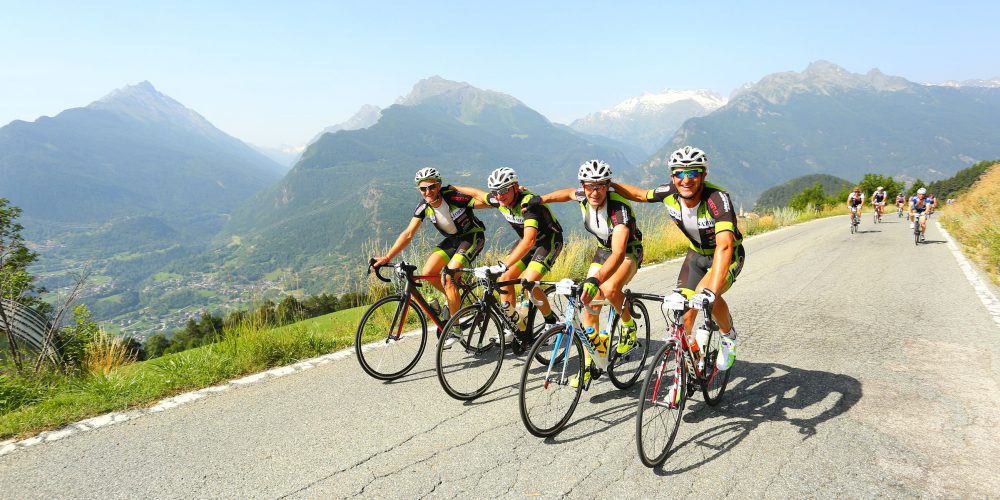 The Montblanc Marathon 2015 has been a very positive experience, with 900 registered, more than 800 participants and a perfect organization. Here are the winners.

Even this year’s Montblanc, cycling event organized by Orange Cycling Team in collaboration with the Centro Servizi Courmayeur and directed by Alberto Laurora, ended with a series of good results. Starting from the number of participants: over 800 cyclists of the 900 registered in the start lists.

Regarding the path of Mediofondo, the highest step on the podium sees Jacopo Padoan from Turin, team-mate of Bordignon, which preceded Mattia Luboz, Cicli Benato, and Alain Seletto, Velo Valsesia from the Aosta Valley.

In the women the first place is for the Roman Manuela Lezzerini, AS Roma, who snatched the victory by a whisker to Brianza, adopted by Marche, Anita Manzato, Team Fausto Coppi Fermignano. Valdaostan Lorenzina Rosset, Team De Rosa Santini, took the third place.

According to all participants, the real hurdle in the race was the exceptional warmth, more challenging than the climb to Colle San Carlo, reserved for those who chose the Granfondo.

The organizers are already waiting for 2016, when a new and exciting challenge, once again, will take place under the eyes of his Majesty the Mont Blanc.

Sport Plus Health sponsored the event..