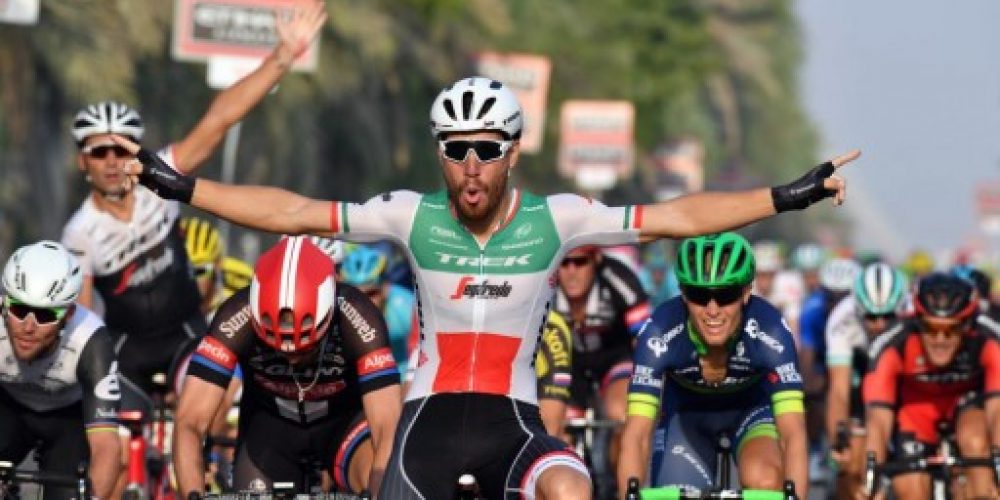 “This is the best way to start this race,” smiled Nizzolo. “After the Worlds on Sunday I said let’s go to Abu Dhabi and see if I can get one victory more, and we did it.

“There was the last real corner 1.2 kilometers to go and then a roundabout with 700 meters to go, and I asked the team to put me in a good position there. From the roundabout, I just managed by myself, and I started my sprint from 200-220 meters to go. I felt power, and I was confident to reach the line first, and that’s how it went.”

“When I saw that the gap was so big and so close to the finish I decided to put another guy into helping with the chase,” explained Nizzolo. “To have no doubts we decided to help pull, and in the end, it was the right choice. I am very happy, and of course a big thanks to all my team, and we will try and keep the jersey tomorrow.”