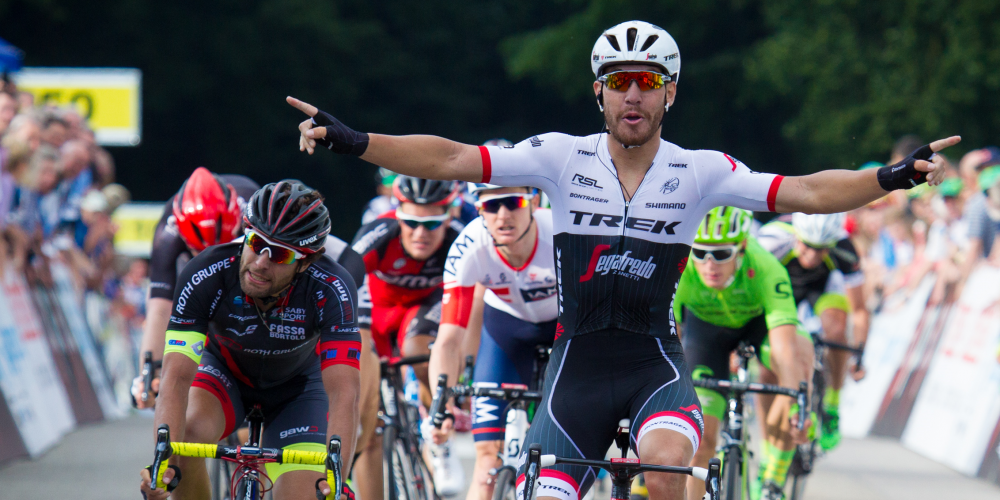 The large breakaway escaped early in the 188.7-kilometer race comprised of 10 local circuits, and Trek-Segafredo took the initiative to lead the chase, keeping the leaders within two minutes until more teams came to the fore to help in the latter stages.

“It was very fast from the start with 14 up the road,” explained Nizzolo. “We took responsibility, and all the guys pulled. The team did a fantastic job for me today; I have to give them a big thanks.”

The breakaway was tagged back on the final lap, and an attentive Nizzolo – with only one teammate, Kiel Reijnen, remaining in the race – quickly marked a counterattack on the key climb on the circuit, joining an eight-man breakaway.

“In the last two laps the speed was even higher,” Nizzolo continued. “When the break was caught on the last lap, I went with the counter on the climb, but the bunch came back with five or six kilometers to go.”

Nizzolo, still carrying his strong form from the Giro d’Italia, still had an ace up his sleeve; he weaseled back into position for the final sprint and was able to outkick the bunch in the tough uphill finish (500 meters at 4-5%).

Nizzolo: “When we were caught I moved up again, and I still had power left for the uphill sprint. I am happy, we came here for the win, and we managed to do it. This is a team victory – all the guys did a great job all day.”