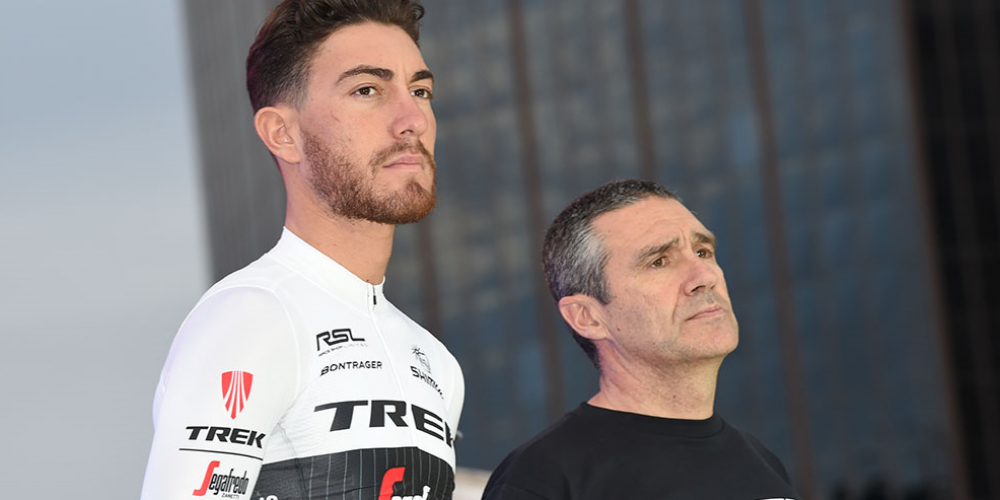 Giacomo Nizzolo sprinted to his first win of the season in the opening stage of the Tour of Croatia Tuesday, taking the victory ahead of Mark Cavendish (Dimension Data) and Timothy Dupont (Verandas Willems).

The second edition of the Tour of Croatia kicked off with a flat and lengthy 235-kilometer stage and a four-man breakaway posed little problem for the peloton as they timed the catch to the last remnant in the final kilometers.

Boy Van Poppel led Nizzolo to the front with just under two kilometers to go, and the twisty last meters were perfectly suited for Nizzolo who excels at tricky endings.

“It was very easy to lose position in the last kilometers, and I was a bit blocked said I told Boy to bring me to the front and then I could take of myself. He made a big effort,” explained Nizzolo. “All day there was a crosswind and the whole team did a great job. Gregy (Rast) pulled all day, Eugenio (Alafaci) protected me from the wind – all the guys were great.

“In the finale it was not possible for us to organize a lead out with the tricky circuit, so I just tried to find my own way. I knew that Cav(endish) was here with a good team for the sprint train, so I stayed around them. I just found a good position into the last corner and stayed cool to start [my sprint] at the right moment.”

With his win, Nizzolo will wear the leader’s jersey into stage two, which is also expected to end with a bunch finish before the race heads into the big hills.

“Gregy (Rast) was pulling all day and then we really had to accelerate in the finale. We kept Julian (Arredondo) and Riccardo (Zoidl) a bit on the side for later in the week, but everyone else did his part,” echoed director Dirk Demol.

“There was a tricky corner with 350 meters to go and I know Giaco very well. I told him with 2.5 kilometers to go that you really need to believe it because it is a perfect finish for you. I was trying to give him one last push to help him believe, but he was strong. When I saw the pictures of him crossing the finish line he won quite easily. It was a really nice victory.

“It’s another 240km stage tomorrow, a bit more difficult than today, but almost sure it will be again a sprint. We will see if we defend the jersey or not because we have to be honest that it will be difficult for us to go for the overall win. I am not going to kill the team by pulling for 240kms. We are happy with what we have and will see what tomorrow brings.”

Twice finishing second and four times third, Giacomo Nizzolo has climbed onto the podium six times this season and finally rid the monkey off his back with a decisive win in Croatia’s opening stage, a good omen ahead of his season’s biggest goal in a few weeks.

Always quick to heap praise on his team, Nizzolo also dedicated the victory to teammate Fabio Felline, who is sidelined with a lengthy recovery after a freak crash in the Amstel Gold Race, and director Adriano Baffi, who was unable to travel to Croatia due to illness.

Nizzolo: “We are here to prepare for the Giro [d’Italia] and it is an important win for me and the team. I want to dedicate it to Fabio and also to Adriano Baffi who should be here with us but came down with a sudden illness.”