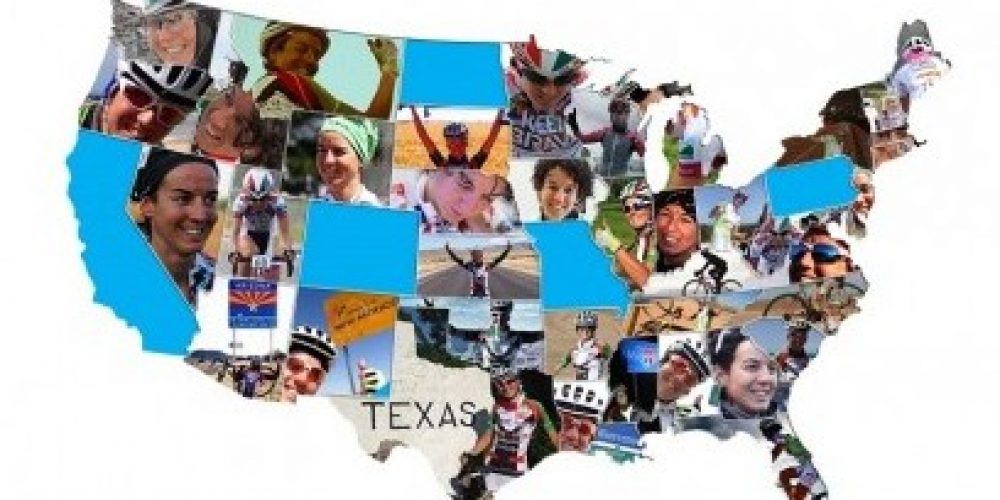 Just a few days left to the start of the ultracycler for her new adventure: the cycling tour through 48 of the United States in 48 days to establish a new record at the same time helping Ugandan women. In late April, the athlete of Ivrea will embark together with her bicycle for the States to pursue a Guinness World Record very special, because it is joined to a charitable purpose: to gift through an online fundraising, a number of bicycles for African women. At the beginning of the project the aim was to buy 48 of them but, thanks to the generosity of many supporters, the bar of solidarity has already moved to 100 bikes. Paola tells us about it.

“I will leave from Italy on April 26 but the real start will be on 30, from Washington State. The first stage will be very difficult because it is 300 kilometers with 3,000 meters of altitude. The stages will be 48 in total, therefore, approximately one state per day. With me there will be my team (on a motorhome) consisting of Nicodemo Valerio, who followed me in Australia during the round the world trip, then he came to Russia for the Red Bull Trans-Siberian Extreme 2015, and also in Oslo for the Bike the Nobel; then there will be Alessandro Ferrio, who came to Oslo too, and Gildo Gasparini, who accompanied me in the United States at the round the world trip.

With the online fundraising to date we have purchased 34 bicycles and this makes me very happy, because I did not expect all this support from the people. New purchases keep coming, the last are from last night. Now my goal is to exceed the 48 bikes and reach at least 100 “.

Anyone wishing to contribute to the project can do it by browsing keepbrave.com or paolagianotti.com websites in the area for this new adventure, where you can choose between the equivalent of half a bicycle at a cost of 60€ or a full bicycle at a cost of 120€. The supporter will receive in gratitude a bandana “keep brave” in the first case and a t-shirt “keep brave” or the book of Paola “Dreaming infinity” in the second case.