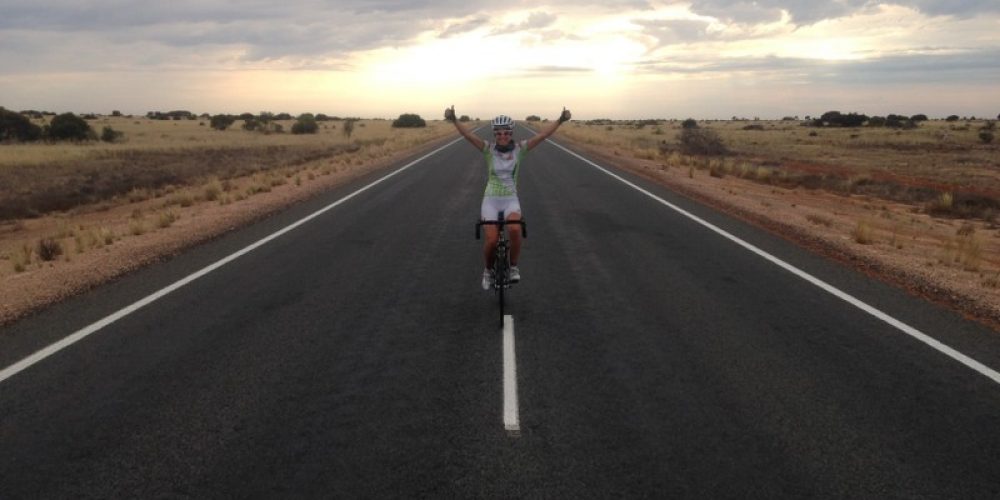 Paola Gianotti’s record world tour by bicycle comes closer to its final stage. However, the continents are vast, the distances are huge.Especially in a country such as Australia, made by limitless scenery and a desert very difficult to cross.