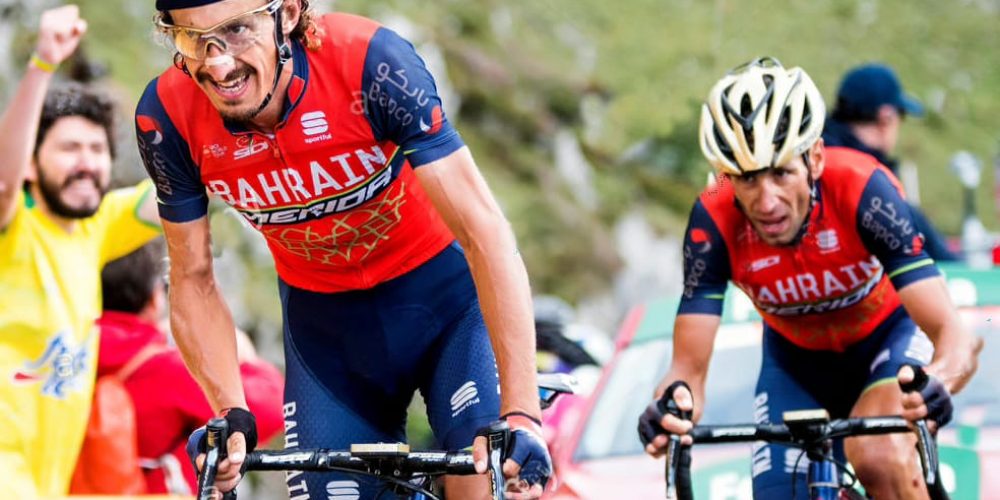 Challenging two Grand Tours in the same season it’s a really demanding test but thanks to an experienced athlete like Franco Pellizzotti we can better understand how to deal with the double effort. Born in 1978, he won two stages in the Giro and a final podium (3rd in 2009) over a polka dot shirt at the Tour de France and many other good results including an Italian road title.

This year was expected to make the 2 Grand Tours. The Tour with Vincenzo Nibali was aiming for an excellent placing in the standings and then going to the Vuelta trying to prepare the final of Vuelta in crescendo to settle at the World Championship in Innsbruck, where it would be nice to be called, with the best possible physical condition.

Also in 2017 you took part in 2 Grand Tours, what are the differences?

The difference is so great. Last year the program was Giro d’Italia and Vuelta Espana and you could program the 2 shape peaks. The 2017 season had begun with 2 training camps in the high mountains, then we went to run the Giro followed by a week of rest during which we recovered our physical condition so we went to prepare for the Vuelta with another training camp in the high mountains.

What has changed in this year’s preparation?

In 2018 we had a 4 week gap between Tour and Vuelta. A totally different situation. My preparation started with a calm season start where I ran several races such as: Vuelta Valenciana, Tirreno Adriatico, Milano Sanremo, Amstel Gold Race, Freccia Vallone and Liege Bastogne Liege. After the Liege we recovered from every effort and started preparing for the Tour trying to find the first real peak for the Grand Boucle.

After the Tour we had a quiet week with training sessions that reached a maximum of 3 hours. Then I went to Livigno with the family for 15 days. By making the 2 Grand Tours so close to each other it is not possible to obtain two peaks of shape. It takes time to reach again the peak. Going up in the high in the mountains you can relax but keeping a good physical condition

Not being able to start from scratch 3 weeks before the Vuelta you have to change your approach to preparation. I could not work as before the Tour where I was training running long distances and with heavier workloads. In this case I recovered the efforts of the Tour with less training hour but with more intensity.

What do the data say?

Here in Spain it seems to me that I got in shape. At the end of the Tour I was not exhausted like last year after the Giro. With Vincenzo’s retreat the race went in a different way than planned. This led me to finish the Tour in a good condition and I think I’m in the Vuelta in the same good condition. It will take a few days to settle physically but the Vuelta is a race that allows you to find the shape.

What parameters have you evaluated?

The weight must be kept under control, so it is important not to get too fat even if after the Tour I was very thin. Our coach, Paolo Slongo, has prepared a training plan made by repeated, medium and thresholds. Thanks to his training plan and the Sport Plus Health platform he was able to understand if I kept the workloads.

Keeping your physical condition was more of a physical or mental effort?

None of them. I was training on short distances so I did not get tired. Being in the company of the family helped me not to think about work all the time. Instead, if I stayed home, in the plains, I would have to face exits in the heat.

The training in Livigno is different from that in San Pellegrino?

At San Pellegrino make the life of the athlete 100%, is a different environment, but certainly the best condition for an athlete.

In the past you have faced Giro and Tour. What is different from Tour Vuelta?

It was a good experience with a 3rd place in the Tour and a polka-dot jersey in Tour. Compared to now it’s a different story because Giro Tour comes first in the season and you’re in a better condition, also, by doing the Tour as a second stage race, you can be in a worst condition. If you do not run for a placement in the standings you can stay in line in the first stages. Instead, here in Spain we immediately have to face a finish line in uphill. 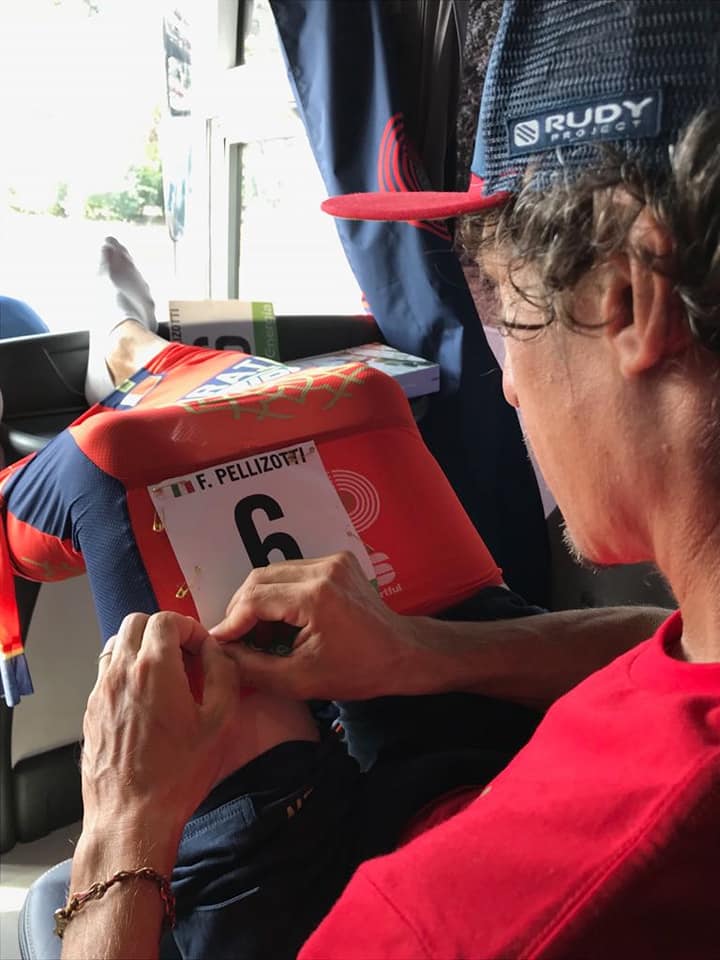 Rookie at their first experience in vuelta what they ask for?

There is Padun and Perstheiner on their first Grand Tour. They ask for advice every day about food and how to run. They usually they start the first week giving their best but then they get tired in the following weeks. I remind them not to panic, there are difficult days, the important thing is to reach the finish line.

And the expert athlete has insecurities?

He is always anxious to see the condition over 3 weeks. The parterre is really at great level , followed by a really hard World Championship. All the strongest climbers are there.

Do you want to have a coach at your disposal? Try SportPlusHealth now.