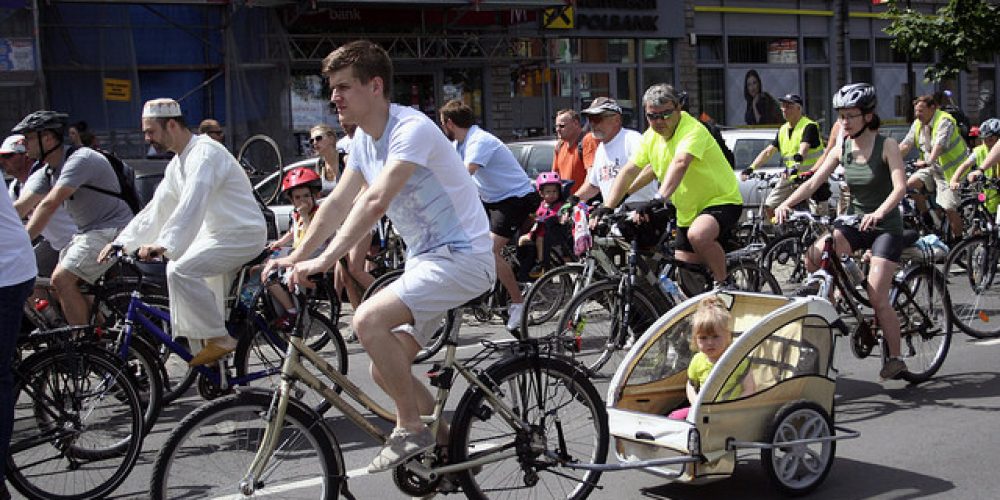 Amazement and admiration for the Polish cities at the last European Cycling Challenge.Dantzig, Wroclaw, Warsaw e Łódź indeed came in firsts in the team competition that estimates the suitability of the European cities enrolled regarding bicycles.

39 cities of 15 European countries and 26.000 participants, who pedalled for above 2 million kilometres. This year the challenge was won by Dantzig with a course of about 450.000 km. The city carried out an excellent activity of promotion among its city dwellers, who were protagonists of the amusing and lively challenge until the last day. Wroclaw and Warsaw came in third and fourth, while Łódź was placed sixth.

How did Poland to become so active regarding cycling? First, one must admit that Dantzig, the winner of the European Cycling Challenge, has an excellent network of lanes and routes dedicated to bicycles, it is enough to think that in the city there are not streets without an equivalent bicycle lane. The one-way signs say “except bicycles”, you can find areas for repairing service –like a cycle-repair shop on the road- easily, there are accessible cycle racks everywhere and the crossings are provided with special signs and lights for cyclists. Here the bicycle lover is very rule-abiding: abides by red lights even when the road is clear, brings up the bicycle by hand on the pedestrian crossing, always signals the turn.

Other Polish urban centres are not so much bicycle-friendly, but are trying to catch up, most of all thanks to the tenacity of dwellers who are always well-disposed to move by bicycle.

Because of its paved bicycle lanes in the cities, suggestive routes in the forests, along the riverbanks, Poland is considered a first-rate destination regarding cycle tourism. According with many people, the country, in order to attract tourists, took Holland as model, along with its nature, the sweeps of tulips fields, and the love for bicycles.