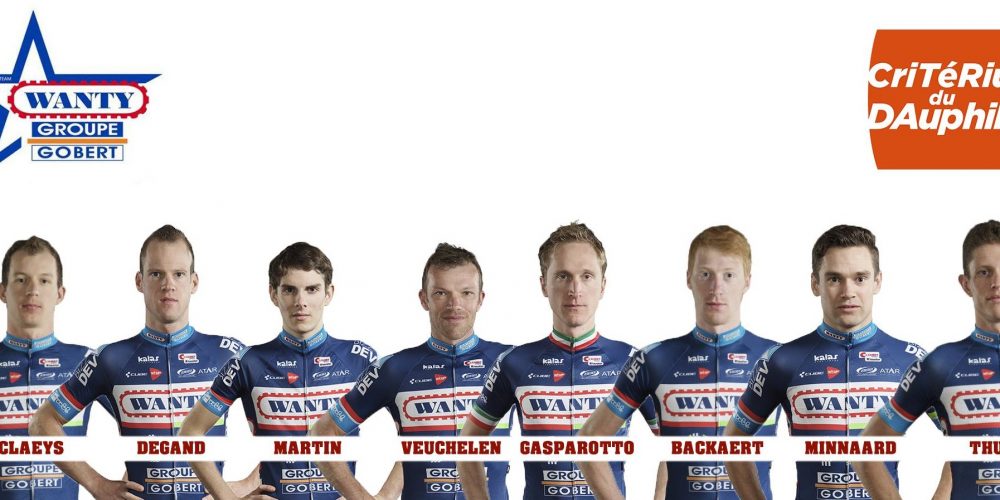 “I want to hear the name of Wanty-Groupe Gobert at least once a day on Radio Tour”, sports director Hilaire Van der Schueren said.

“We can’t compete with guys like Chris Froome and Alberto Contador for the general classification. We focus on stage wins. The stage 2 suits Enrico Gasparotto. Björn Thurau is in form and has many chances to be part of the breakaway. For the high mountain we rely on Thomas Degand and Guillaume Martin. Thomas Degand got an elbow fracture and came back in de Grand Prix de La Somme. He is not 100% yet but he should play a key role in the mountains. I expect a surprise from our French rider Guillaume Martin. He just had two training camps in the Alps. He recognized many climbs of the Dauphiné”, sports director Hilaire Van der Schueren concluded.

General manager Jean-François Bourlart also expects a great race of his team in this 68th edition. “It is a huge honour for the team. It is a recognition from ASO for the work we do. We showed that we can compete at the WorldTour-level. We also want to perform in stage races in order to get an invitation for the Tour de France 2017.”