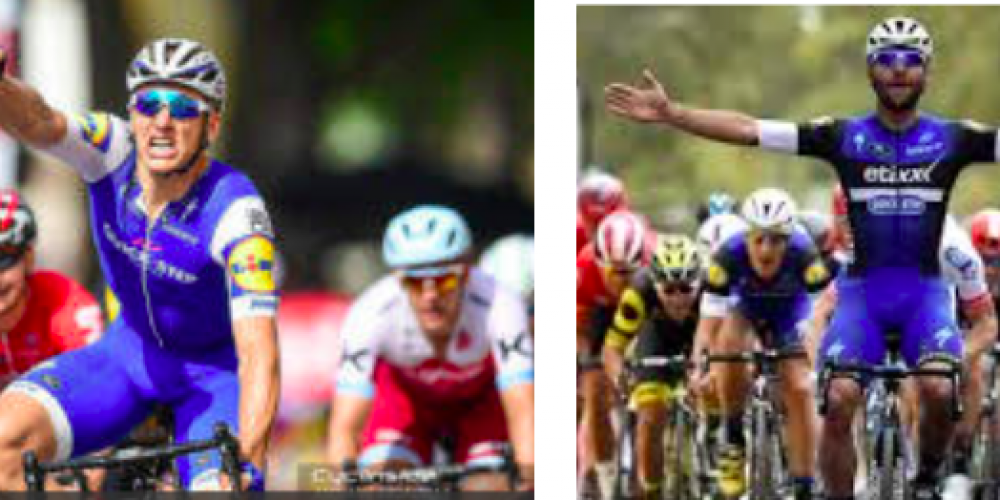 Marcel Kittel, shirt number 4. Ivan Drago is actually in the saga of the 4th film dedicated to Rocky Balboa, Silvester Stallone‘s film. Blond and physically like a boxer, the German of QuickStep says he is in a perfect physical condition and, dressed in his green jersey he will arrive in Paris with this primate.

All right till now. It would be good if Kittel wasn’t at the center of an intense negotiations. Some evaluations must be made in Quick Step’s home that now has in its team 2 of the world’s fastest riders.

Only a month ago, it seemed that the Belgian team, a really strong team, had already chosen has main character Ferdinando Gaviria, a really fast Colombian who also won 4 stages at the Giro and the cyclamen jersey Ranking points.

The problem is growing faster for the Team Manager Patrik Lefevere: let the German go to Katusha or raise it in an auction that could lead to a significant increase of the salary?

The choice is tough .. who would you be pushing for?

It approaches the Pyrenees with another fraction destined to the iron arm between the brave of the day and the teams of the great sprinters.