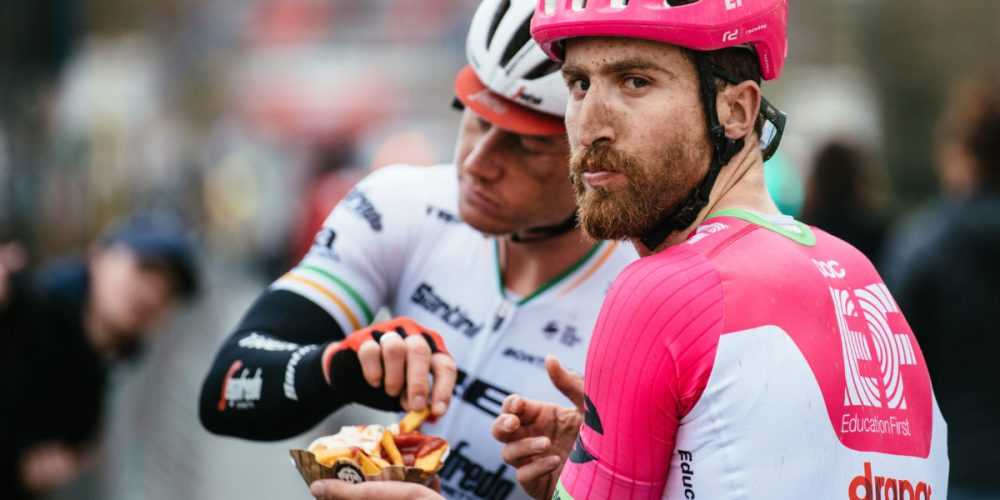 Quit at 29, after a nine-year career at the highest level. Although, it must be said, it has been a long time since we have seen that beautiful promise that dazzled us Italians, and not only, with a sparkling pink jersey of the 2012 Giro.

The American Taylor Phinney passed Prof with Radioshack, it seems an eternity passed, and then immediately came to light at BMC where he played for 5 years before wearing the Cannondale shirts and then Education First. He has competed everywhere from the Olympics to the Tour de France to the cobblestones of Roubaix. He won numerous junior titles on the track and took part in the individual test at the 2008 Beijing Olympics, finished fourth in the road race and time trial at the 2012 London Olympics four years later. Last season he finished eighth in Paris-Roubaix, his favorite race.

His career was penalized by an injury in 2014 that during a time trial saw him crashing into a guard rail with a fracture of the tibia and fibula and causing a knee injury. At that time, he began to meditate on a life outside of professional racing… focusing on art and music,

“Let’s say it was my body that sent me clear signals” – explains the American  who added: “This decision was something that I struggled with for a long time, and for a long time I mean a couple of years, and in the end, I feel like the my body had made this choice for me. I’ve been hurt longer than I was hurt as a professional athlete. And I felt it was a good time to click and change my trusts and get out of the casino.”

Obviously Phinney thanked the whole cycling environment and the teams he played for.