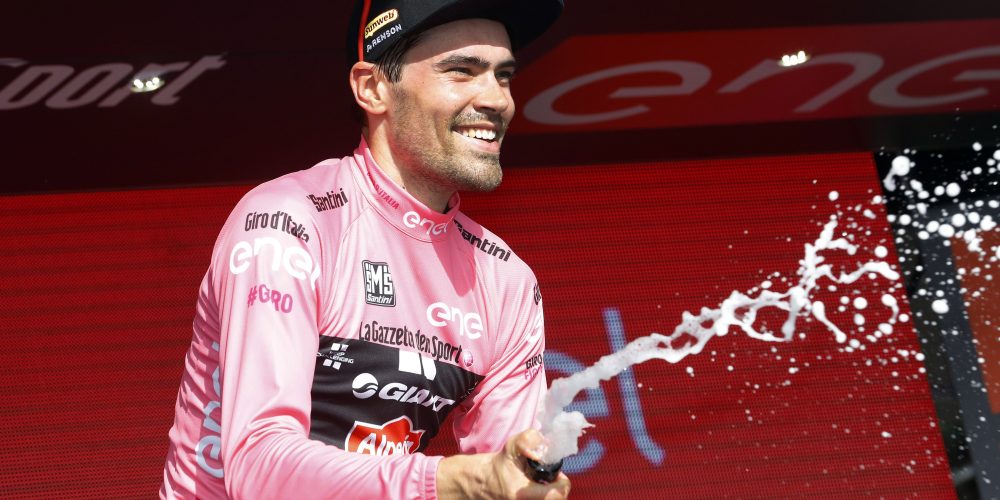 After finishing in second place on stage four of the Giro d’Italia, Tom Dumoulin (NED) retakes the pink leader’s jersey in the hectic finale, as action resumed after yesterday’s rest day. Another good performance was put in by Georg Preidler (AUT), who is now fifth overall.

“I was feeling good at the start of the stage. We knew that the finale was hard but we weren’t sure if it was difficult enough to regain the pink jersey.”

“We made a plan to pull on the 2nd category climb and we were able to decimate the bunch. From then on the race was completely uncontrollable but we had four guys in the top 10 so we had several cards to play with.”

“On the final climb, Georg was really strong and could follow the late attack. Our aim was to play it smart and get in a good position, as there were not a lot of riders left in the bunch.”

“It is fantastic to be back in the pink jersey, which is what we were aiming for at the start of today.”

“Once again my main focus for this Giro is on the time trials. I didn’t have any specific general classification preparation in terms of an altitude training camp. So I don’t expect my level to be good enough to compete in the high mountains during the last week.”

“It was a very fast start to the race today with some dangerous riders for the GC in the early break. Therefore, the bunch was always in control and the gap never exceeded the 3′.”

“The plan before the stage was to race offensively and we decided to open up on the first climb of the day. We needed to do something because we had four guys in the top 10 and there was a big possibility to go for a stage victory or to regain the leader’s jersey.”

“On the final climb of the day, Georg was able to follow the first group as Tom remained in the GC group. He followed his instinct and sprinted to the second place and managed to retake the pink jersey. The team rode a very impressive race and they executed the plan very well.”