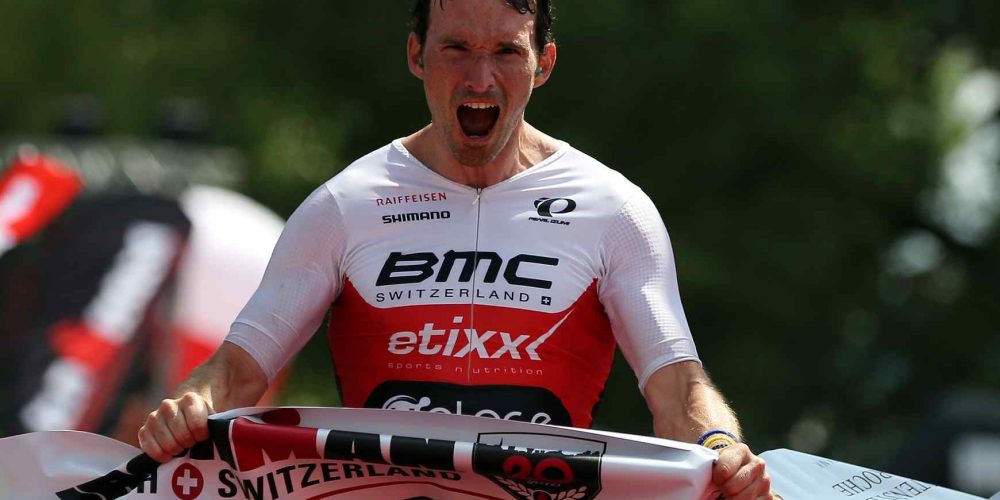 Chasing a record-breaking ninth title in Switzerland and on the hunt for his Kona qualification, Ronnie Schildknecht got his race off to a good start with a solid swim. He came out of the water in 10th place but quickly powered his way up through the field. At the end of the bike leg Deisenberger attacked to gain a few minutes on the leading group of triathletes including Schildknecht, Bracht and Van Berkel – two of the main contenders for the podium. It was clear Schildknecht had been holding his cards close to his chest when once on the run, he put the hammer down to leave his T2 companions behind to catch Deisenberg. At the halfway point he took the lead and steadily increased the gap to the rest of the field for the remainder of the race. He crossed the line with a time of 8:17:04 to take his ninth Ironman Switzerland title in front of his family and friends. Timo Bracht finished in second place, seven minutes behind Schildknecht, Jan Van Berkel crossed the line five minutes later in third place.

Schildknecht “over the moon” with his Result

“This is really amazing. I am over the moon. I am incredibly proud and satisfied, especially for the team. The swim went well, on the bike I felt good, but not super. I was good enough to settle comfortably in the lead group, but I lacked that little extra to break away. But I really trusted in my run and therefore I kept my calm not wanting to make the difference on the bike yet. I am very pleased with my marathon. I feel I have made a big step forward in my running this year again. The last 10km were phenomenal, just pure emotion and enjoyment. The support was fantastic out there. I am really looking forward to the World Championships in Kona now.”

David McNamee secured his second win in the space of just one month. After a strong performance in Galway, McNamee went on to dominate the middle-distance triathlon in Poland from start to finish. “It is fantastic to take my second win of the season for BMC-Etixx p/b Uplace. I am very happy. The swim was tough, I had to work really hard to hang on. Once on the bike I found my rhythm immediately and managed to pull away. I felt good on the bike and could gradually increase my lead. I came off the bike with a solid gap and could really control it during the run. It was great to be able to dominate the bike and really enjoy the run. It is a great feeling to go into the next block of training with a win. On Tuesday I travel to Les Angels in France to start my training camp and build up to the European Championship half-distance ETU and the world Championships in Kona.”