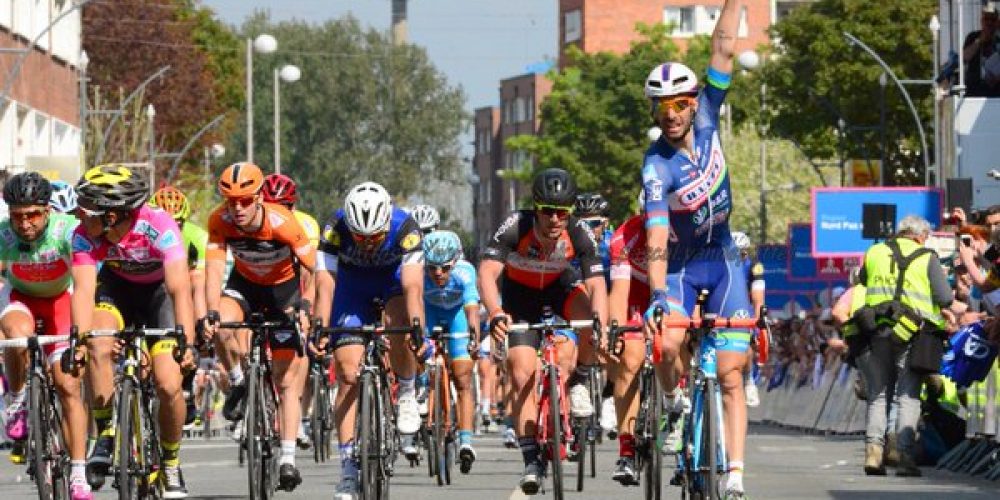 The team Wanty-Groupe Gobert won this Sunday its second win of the season on the fifth and final stage of the Four Days of Dunkirk (2.HC). Kenny Dehaes was the fastest in the sprint before Bryan Coquard (Direct Energie) and Maximiliano Richeze (Etixx-Quick Step).

« I’m happy with this victory. I felt good since the start of the Four Days of Dunkirk. Everything worked well today », Kenny Dehaes said.

On this final stage of the Four Days of Dunkirk, a breakaway of five riders took two minutes lead under control of the peloton. With 9 kilometres to go, it was all back together. The team Wanty-Groupe Gobert prepared the sprint for Kenny Dehaes. « In the last kilometre I had to do it on my own. My teammates put me in the first positions. They did an amazing job and I could directly benefit from they work », Kenny Dehaes continued.

The Belgian suddenly came flying from the left side of the road. Future overall winner Bryan Coquard came fast from far back but i just ran out of metres. « I felt him behind me but I managed to keep a sufficient gap. »

Riding his first season for Wanty-Groupe Gobert, Kenny Dehaes takes the 11th UCI professional win of his career. « This success is very important for me and for the team. Since the victory of Enrico Gasparotto at the Amstel Gold Race, the team gained confidence. We are riding well at the moment. I hope to go on like this », he concluded.

This victory comes several weeks after Antoine Demoitié’s tragic incident. The peloton rode Sunday not far away from the place where Antoine Demoitié crashed. « It is a symbolic victory. It was an emotional day in the car », sports director Jean-Marc Rossignon said.

Jérôme Baugnies is the Wanty-Groupe Gobert’s first rider in the general classification with a 16th place. « Our team captain Frederik Backaert suffered yesterday from sunstroke. After difficult weeks, Jérôme Baugnies is coming back. We got great results in the different stages. It was finally a positive race for our team », Jean-Marc Rossignon concluded.