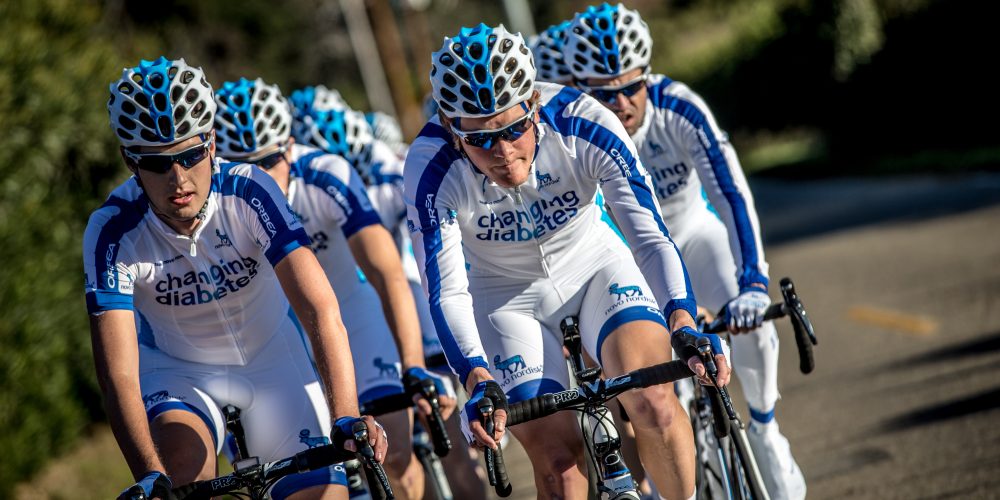 “For us, every game is a chance to show that having diabetes does not mean giving up your dreams” says Vassili Davidenko, general manager of Team Novo Nordisk.

Among the team members there is also the Italian Andrea Peron, 28, of Camposanpiero, Padua. The guy was diagnosed at age of 16, but this did not prevent him to keep running. During his first year in Team Novo Nordisk he ranked fourteen times in the top 10, while in 2014 he gained three goals in the top 10. At the Milano-Sanremo Andrea was highlighted since the start: with 10 other cyclists he led the race for 265 km. The first cyclists of Team Novo Nordisk to cross the finish line of the Super Classic was the Spanish David Lozano, 94° at 3’17” from the winner. Other five members of the team were placed between the 151st and 160th place, arriving 14 minutes after the winner.

This is the testimony of Chris William, team athlete: “I’ve not always been an athlete. 11 years ago I was overweight, I was smoking and not practicing any sport. I moved to a house with a co-tenant triathlete, who convinced me to give up bad habits and buying a bike. Since then I have not stopped. Cycling and exercise help me to manage diabetes. They keep me fit and healthy, and this keeps the blood glucose levels under control. “