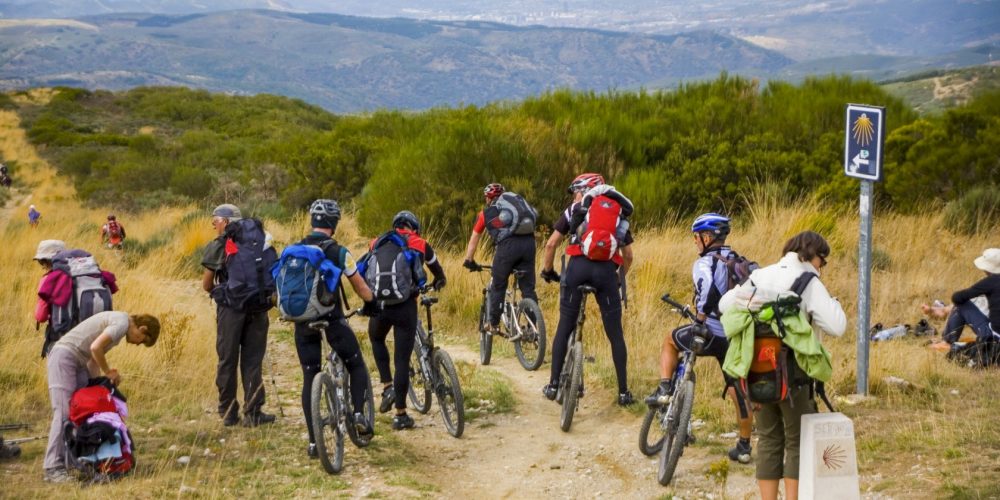 Walking the Camino de Santiago by bike means to immerse yourself in a piece of history of the mankind. Cross a location which is evocative and rich in contrasts for sharing a unique life experience.An exciting and unforgettable journey.

The Camino de Santiago is the route through France and Spain to reach the shrine of Santiago de Compostela, in Galicia, where lays the tomb of the Apostle James the Greater. The streets that composing the Way leading to the sanctuary, about 800 km, have been declared World Heritage by UNESCO in 1993. The history of this path is very ancient and legendary: it begins at the start of IX century with the discovery of the tomb of St. James the Greater, evangelizer of Spain, died in Palestine but transported by his disciples and buried in Galicia. The name Compostela derives from the expression Campus Stellae, the rain of stars that, according to legend, lit up the mountain where the body of the hermit was, revealing its presence. In that place it was built the small church which is the center of Santiago de Compostela. From then on the pilgrimages began from all over Europe to pay homage to the saint; pilgrimages continue to this day.

To reach the sanctuary there are several tracks, it is therefore important to choose the one to go. The most used is the French Route, passing inland and crossed by thousands of people every year. Meet pilgrims with bikes is not uncommon: the routes are well suited to the bike and with the right preparation and the right training you can fix stages by at least 50 km per day and comfortably conclude the Way in a pair of weeks. Cyclists with a better physical condition can go even more of course, without forgetting that the Way is a path full of mystical ideas and unexpected encounters, not to be missed. The route can be traveled even in part, but in order to receive the Compostela, a certificate attesting that you have successfully participated in the Way, at least 200 km of cycling are required.