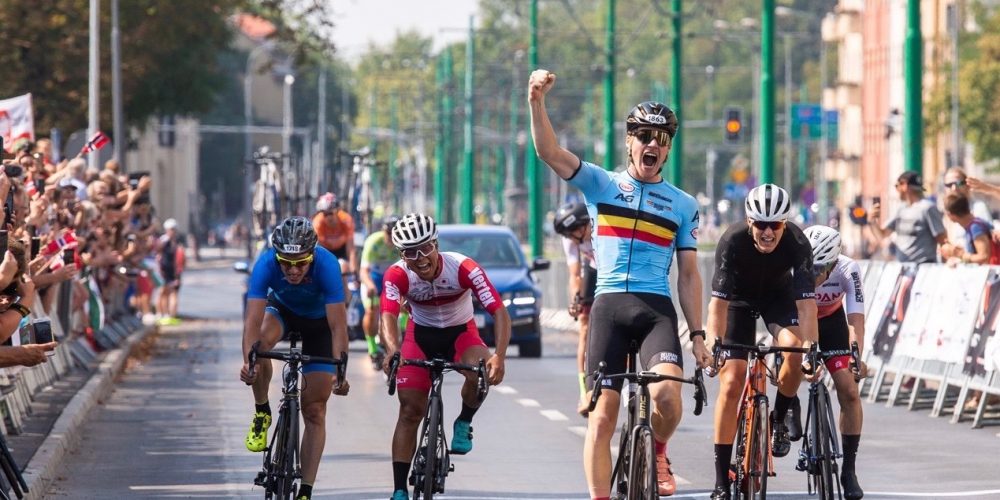 World champion:  tall, blond with blue eyes, degree in architecture, part-time worker and student in the evening to become also a trainer.

Maxim Pirard, a 22-year-old Belgian, is certainly not one who likes to stand with his hands in his hands and strives to fulfill his dream of professional cycling. Elegant on a bike and with gentle manners once you get off the saddle. His power data also impressed the Belgian CT Rik Verbrugghe: 427 watts on 20′, 505 watts on 5′ and 812 watts in 1 minute.

But let’s go with order. The Pirard smart guy is not exactly an unknown in the world of 2 wheels, he has in fact played a dozen races among professionals in the jersey of Bahrain Merida (he participated in the Tour of Germany pulling for hundreds of kilometers). A young boy of 183 cm and weighing 70 kg in 2019, he also distinguished himself in the Gran Fondo, in Poland, where he won the world title in specialties. He also has an important curriculum in the youth categories.

“It’s true,” he tells us during a ride in the heart of Flanders organized by Sportful, “my great passion is cycling and I have always achieved good results. For various reasons I have not yet fulfilled the dream of professionalism.”

He explains that he was close to us several times, but he always had to leave the place to others. For example, the formation of Prince Nasser bin Hamad Al Khalifa had to hire 3 Asian riders and the Belgian talent remained in the wind.

Pirard is not a springing guy. He hasgathered around him a pool of sponsors, who accompany him into the present, and shows clear ideas about his future. He reveals  this interesting combination of the activity of Under 23 and granfondista. “I like hard runs. Cycling is hard. Personally, I have given myself one more year to pass, since from 2020 I will be Elite, and I will do my best to highlight myself”.

Before saying goodbye, Pirard tells us about another episode he hasn’t digested yet. “In the Paris Roubaix won by Ganna I was in the run of the top 10, but a break of the saddle put me out of the game. It still burns me.”