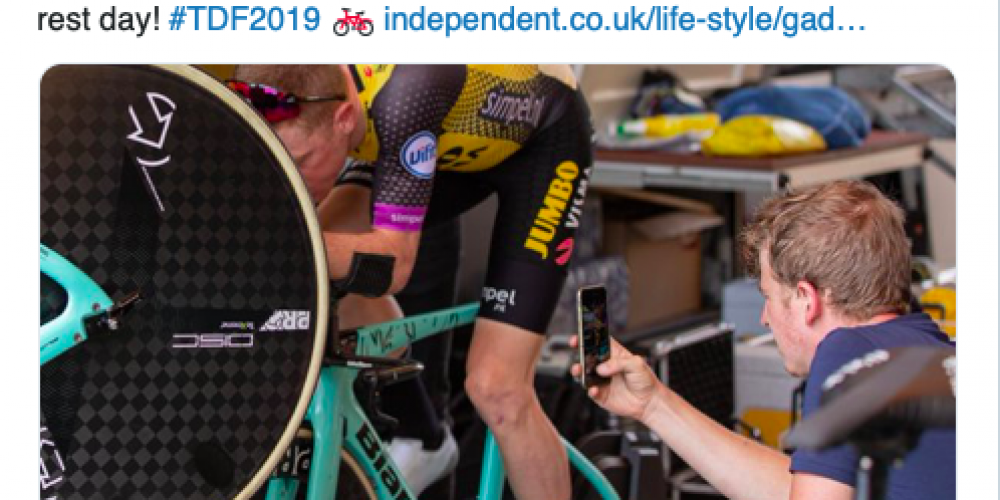 A few days ago, Apple’s CEO, Tim Cook, has tweeted talking about technology in the world of cycling, which is now close to F1.

They are used by almost all World Tour teams and they benefit greatly from them. What’s this about? Real-time data transmission during races, evaluation of the athlete’s parameters, heartbeats and expressed power and post-race analysis. Sometimes it is enough to have these details to preserve an athlete during a stage. “His beats don’t go up, he’s tired”, or “He’s not releasing all his power, we’re undercover”. Just as the exact opposite happens, “He’s fine, and we’ll send him on the attack”.

Transmission is via SIM card and it can be read by the top-of-the-line, where there are coaches and sports directors. The reality is that from anywhere in the world, I might be able to visualize this data. All you need is a smartphone or a tablet.

In addition, we talk about apps and news the collection that allows you to keep track of runners throughout the whole day. It goes from the app that manages and calculates the food (for example, you can have a slice of cake but you have to give up something else), calories, proteins and so on, to the triangulation of Google Maps and Street View road data with the information that the staff, which precedes the trip, send directly to the operations center. Well, SPH does all these things and makes them available to sportsmen and women, as in the case of Team Bahrain Merida.

SPH can also do other, as the physical evaluation test and the analysis of the form index… a great advantage for a tool that you can carry in your pocket, inside your smartphone.