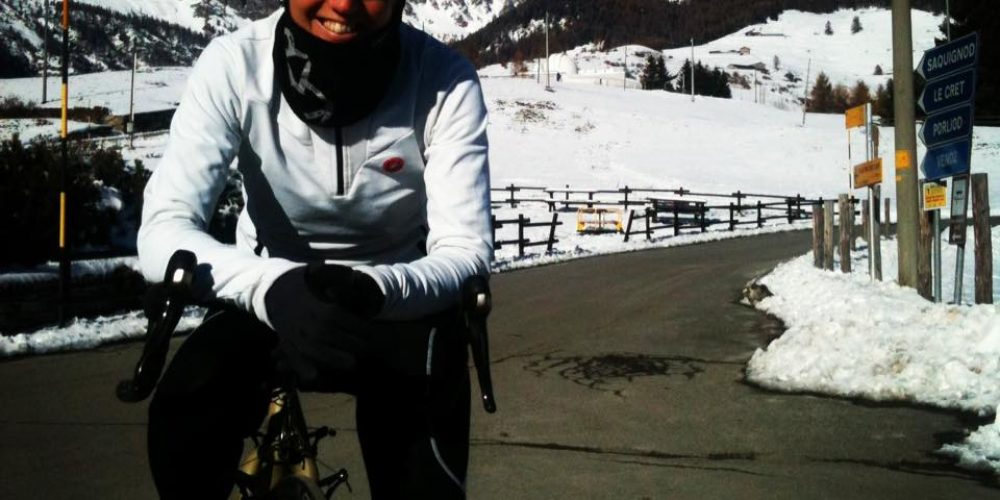 « The bike has to be nominated for the Nobel Peace Prize as it is the most democratic of all the means of transportation, the bike does not make wars, the bicycle is well-being, knowledge, travels, health … The trip to Oslo was organized in collaboration with Giro Libero, an agency that manages easy cycling holidays. I will take the shortest way to go up in Oslo, followed by an RV with my support team, as always. I will go into Switzerland to follow the entire Rhine Valley, then I will pass across Germany and Denmark to take a ferry arriving in Norway, near Oslo. It is about 2,000 km to be done in 11 days, because the idea is to arrive by January 29th, starting on Saturday January 16th from Milan, in Rai headquarters. Obviously during the whole trip we will use the app SportPlusHealth as GPS and to record the track.  »

The Bike The Nobel project is an idea from Caterpillar, the Rai Radio 2 program hosted by Massimo Cirri and Sara Zambotti. To support this ambitious nomination, the two hosts invite everyone to contribute to the cause with signatures, surveys and participating to a symbolic « relay on pedals » that will deliver the application to the committee meeting in February 2016 in Oslo, to formalize the new candidates.

« If bike will win the Nobel Peace Prize, this will go to forty Afghan schoolgirls who founded the first women’s cycling team as a form of women’s independence. In their case the bike is even more significant because it is no longer just a game, a play, or a means to play sports, but it is a way to break the mold about the status of women in that country. It’s a great form of revolution and that’s why these girls were chosen as a symbol of the struggle for equality between men and women » says Paola Gianotti.

« For me it is a great honor to have been chosen for bringing this nomination, I really believe that the bicycle can be chosen for the Nobel Peace Prize. It would be a big win and then I am proud and excited about this new adventure. It is not, in this case, about a record to reach but about an initiative with a very strong meaning.
I will face issues with weather, since I will travel in the two coldest weeks of the year, but this is the only variable that worries me. For the rest I am happy, because it’s a great project.  »