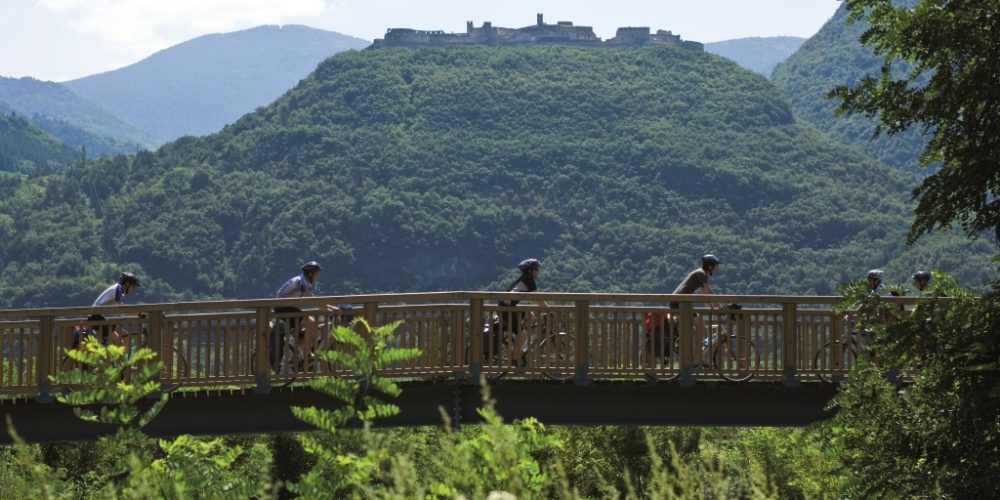 Trentino, land of climbers and skiers, is also a natural paradise for bicycle lovers. In the last few years, the region has been attracting more and more cycle tourists;with their bicycles they can choose between travelling pleasantly through routes into woods, or 400 kilometres of bicycle lanes which cross charming valleys, or a series of bicycle-friendly services, such as bicycle-hotel, bicycle-grill and cycle-guides available in the whole area. In confirmation of this tendency, there is the decision for the Sole Valley to host the UCI Mountain Bike & Trials World Cup 2016, dedicated to the disciplines of downhill, trials e four-cross.