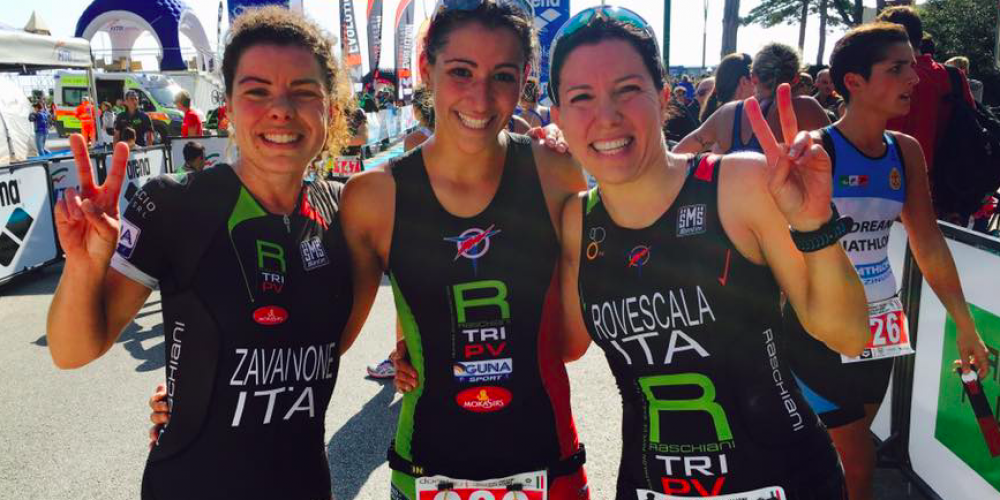 It was love at first sight! If you can proclaim in that way the passion for a sport, MY passion for triathlon.

Only ten years ago, I didn’t even know what it was all about, and now, instead, it is an important part of my life, of my everyday. I became intrigued by triathlon back in 2011, when my sister mentioned an event that was going to take place in Pavia: a duathlon race (run, bike, run) in the morning followed by a triathlon (swim, bike, run) in the afternoon. Wow, must be fun, I immediately thought; why not to give a go?

So I started to do my research, poking around the internet to find information, reading news about the sport until when one morning, determined, I picked up the phone and called Andrea (the president of my Club).

The same person who, as a child, never engaged in a sport at a competitive level, the very same person who started to practise sports only to keep fit, not competition-driven at all, or at least that’s what I believed, now had just joined a triathlon team. I didn’t know yet what was to be expected; everything was new, the team, the discipline, the people…but that was really exciting.

True, I could swim, ride a bike and run; but I had always done it with no goals, no planning, without a specific training, all based on how I felt it. Now it was important to put together three sports in a single discipline: something not exactly straightforward, especially for those who are not very familiar with sport.

Not long after that – I still had to figure out what kind of world I’d thrown myself into – I was asked to participate in a duathlon race, the Italian Championships, in Romano di Lombardia.

Hesitant but ecstatic, I took up the challenge! I now had a sport challenge on target, a goal to reach, maybe a small one for many, but huge to me, and I wanted to arrive knowing I was ready for it, or at least a little prepared.

I contacted Andrea for some advice, we met and put together a training plan for me to follow. I was happy and determined.

While group running and riding sessions were going on, the day of the race was getting closer.

10.03.2012: the alarm clock went off, it was 05.30 (I don’t wake up that early not even to go to work). Breakfast, get ready and off you go. The meeting point with my teammates was in Pavia. I knew only a few amongst them, but just a few words later I felt I was part of the team. We made it to Romano di Lombardia: the emotions went through the roof and the atmosphere was amazing.

The whole square was turned into a transition area, surrounded by marquees with bikes and sport equipment; the speaker welcoming the athletes and entertaining the public. I picked up my bib and I prepared my gear: bikes, helmet, shoes, bib, glasses and hat. Ok, I was ready, legs and breath were missing, but I still had my head and my heart, we were going to see if that was enough!

I left my bike in the transition area and I started to warm-up with the team. Only a few minutes to the start, the adrenaline got going, I sought comfort from the other ladies and I got it, some banter and ready, the shot, we are off! The cheering was crazy, the guys who were following us from the roadside cheered us on by name, I couldn’t see anything, but the whole thing was really pumping me up. And amongst “go Micky” and “come on girls”, I crossed the finish line. An immense joy, so happy I had finished the race and, most of all, I enjoyed it very much.

I was still unaware of the power of sport, but it was clear that I had just entered a wonderful world full of positive people, enthusiastic and determined!

But the best has yet to come, oh yes, it is time to try a triathlon.