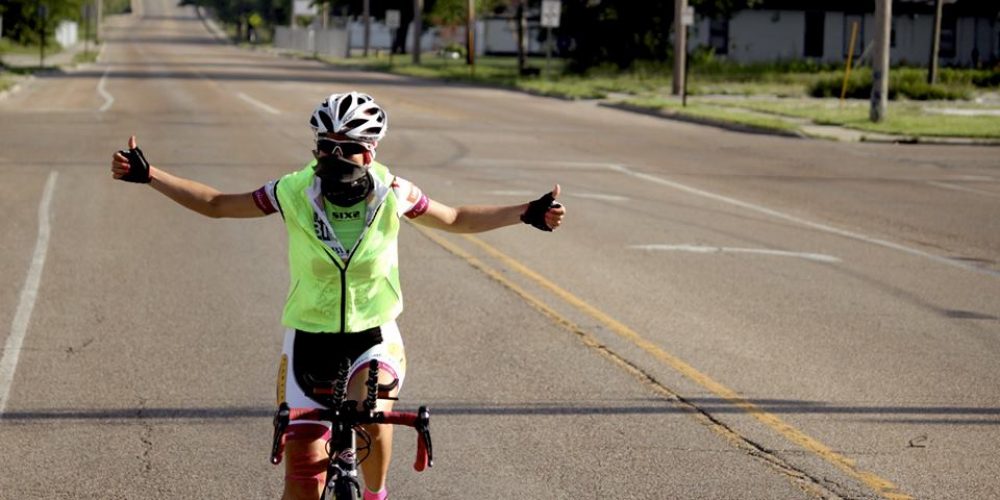 “After Arizona I entered Texas for a few kilometers, after which I started the way to the Colorado, and from Colorado to here the landscape was more or less the same. Approximately 3500 km of very similar path. We are always surrounded by fields; the area of Colorado was not that bad as it offers very large spaces and streets. There was virtually no one and then I liked the feeling of being immersed in those infinite spaces. Then I went to Nebraska and South Dakota. This country is one of those where I did more kilometers, nearly 1,000, crossing places with lots of fields. I have not really much to tell about the landscape point of view because it is 3500 kilometers I see just fields.

“Even though South Dakota is a state with very few inhabitants so I can say that I liked it. I started my descent to the south and now I’m still coming down. I am now thirty kilometers south of Memphis. The days proceed like this: I get up around 4:30 am, me and my staff leave around 5:30. I have breakfast with pasta and many carbs then I start and I eat every hour. At about 13:30 I stop for a short lunch break and then I continue to pedal until 20-20.30. I’m maintaining an average of about 285 km a day and I am finding lots of windy days, really a lot. Tomorrow will again be a day against the wind and so tonight I’m in a bad mood. ”

“I feel a little victim of the crisis of 6000: arriving at the halfway point you do not know well if you look at the kilometers you’ve already covered, which are many, or those that you lack, which are the same amount. The daily crisis of two hundred is solved, it came because I had stopped making the lunch break to go faster so I was in shortage of sugar, because I could not eat enough. When I reinserted the pasta for lunch I started to feel good. Let’s say that the time of day I reach two hundred kilometers and I know that I have to make at least another eighty still, is a bit critical because I think they are still long, so I have a brief moment of crisis. ”

But do not worry. Here’s what Paola writes on her Facebook page the day after our interview: “287km in my twenty-fifth stage after 14 hours under a scorching sun, humidity 70%, one exhausting battle against wind and a constant up and down in a tough but interesting Mississippi ! My only mental distraction: collecting plates lost by machines, here is my booty! And now cooked to perfection, to bed! Good morning Italy! “. 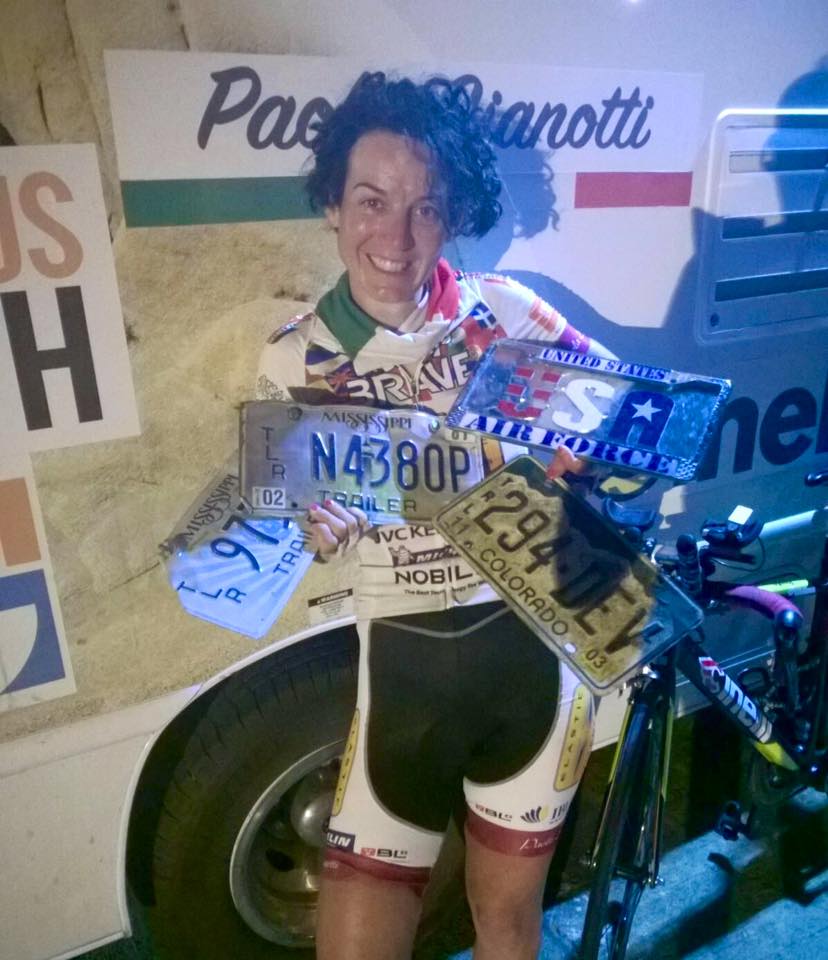