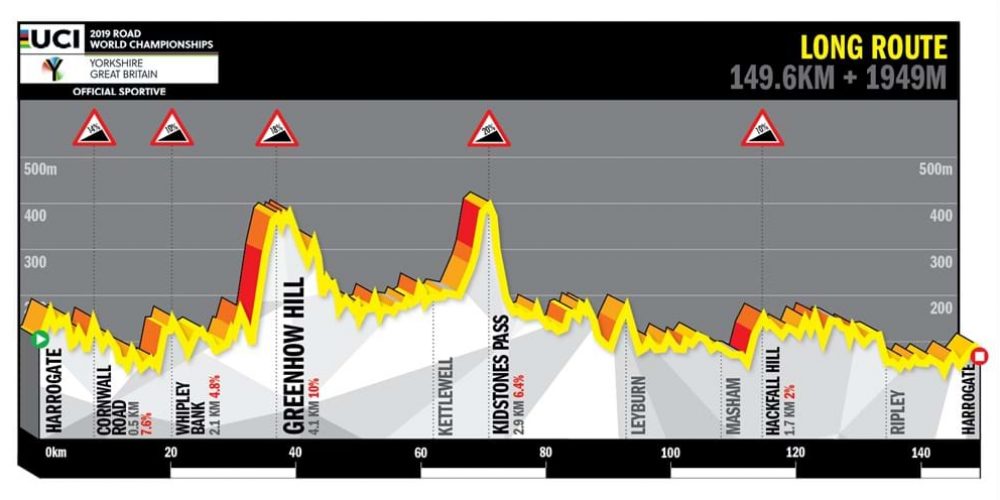 We’re finally there and the professional cycling world championships are about to start. After the 2018 edition of Innsbruck that made the climbers happy, and in particular the Spanish winner Valverde (who defends very well even in the flat), the one that will be held on Sunday in Yorkshire, Gran Brittany, will be a race for men specializing in the great classics. 285 km from Leeds to Harrogate, with the last 97 km to be covered on a circuit not without the harshness and with a slightly sloping finish. Slovak Peter Sagan, who was knocked out by the hardness of the course last year after a historic three-game winning streak, is back among the favorites. For analysts of betting companies, Sagan’s fourth seal is played at 5.50.

However, the Slovak is not the number one candidate to win: this role belongs to Mathieu Van der Poel, whose come back rush at the last Amstel Gold Race is now in the history of recent cycling. The 24-year-old Dutchman’s success is at 3.50. On the third step of the podium of the favorites, at 7.50, is the French Julian Alaphilippe, who by winning the World Championship would crown a prodigious season, in which he put in the palmares Strade Bianche, Milan-San Remo, Arrow Vallone, in addition to two stages and fifth place in the Tour de France. If we talk about the course from the classics, among the most expected can not miss the Belgian Philippe Gilbert, fourth choice at 12.