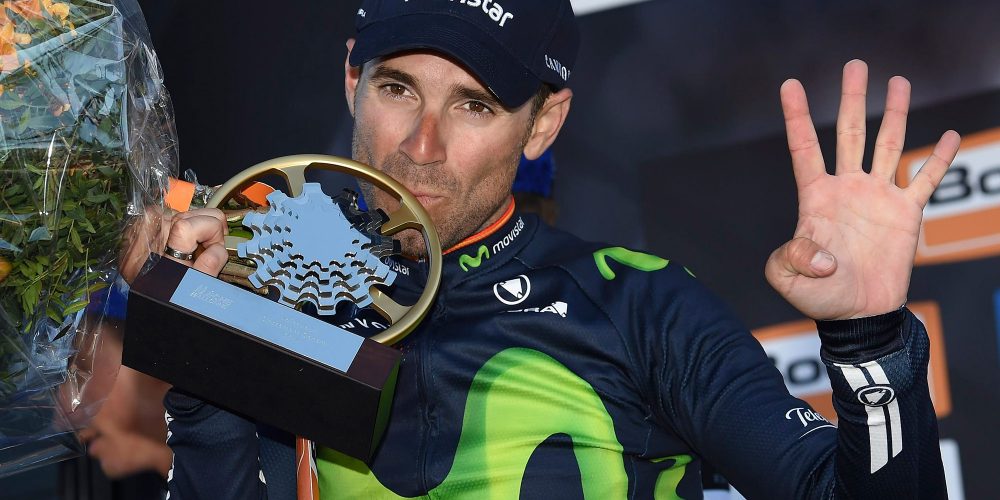 The second race of the Ardennes trio has an only king as of today: Alejandro Valverde. The Spaniard came to the Belgian event with a chance to claim his fourth career victory –third on a row (2006, 2014, 2015), and he delivered.The success, three days after his two stage wins and the GC in the Vuelta a Castilla y León, makes him become the most successful rider in the Mur de Huy.

Almost from the very beginning of the 196km trek between Marche-en-Famenne and Huy, the squad directed by José Luis Arrieta played their cards with brilliance, a masterclass of cycling strategy. Dani Moreno, Carlos Betancur and Imanol Erviti supported ‘Bala’ all the way through the climbs, while Rubén Fernández, Giovanni Visconti and Rory Sutherland kept all attacks under control in the finale, ultimately chasing dangerous, late solo attacker Stephen Cummings (DDD). Another crucial piece of the show was Ion Izagirre, at his absolute best when he followed the wheel of Jungels (EQS) without losing sight of all other major moves.

It was the usual development of things -differently to Amstel Gold Race and Liège-Bastogne-Liège- as the Flèche came bound to be decided into the 1.3km, 9.6% average gradient Mur de Huy (204m). Visconti’s perfect final relay took Valverde into the very front of the group, as attacks from Joaquim Rodríguez (KAT) and Daniel Martin (EQS) were unable to take ‘Bala’ out of calmness. Intelligence to follow his plan and pure power into the closing 200 meters granted him another magnificent victory in front of Etixx duo Julian Alaphilippe and Daniel Martin.

The Movistar Team’s next battle in the Ardennes, the last classic of the cycling spring, will be Liège-Bastogne-Liège on Sunday. 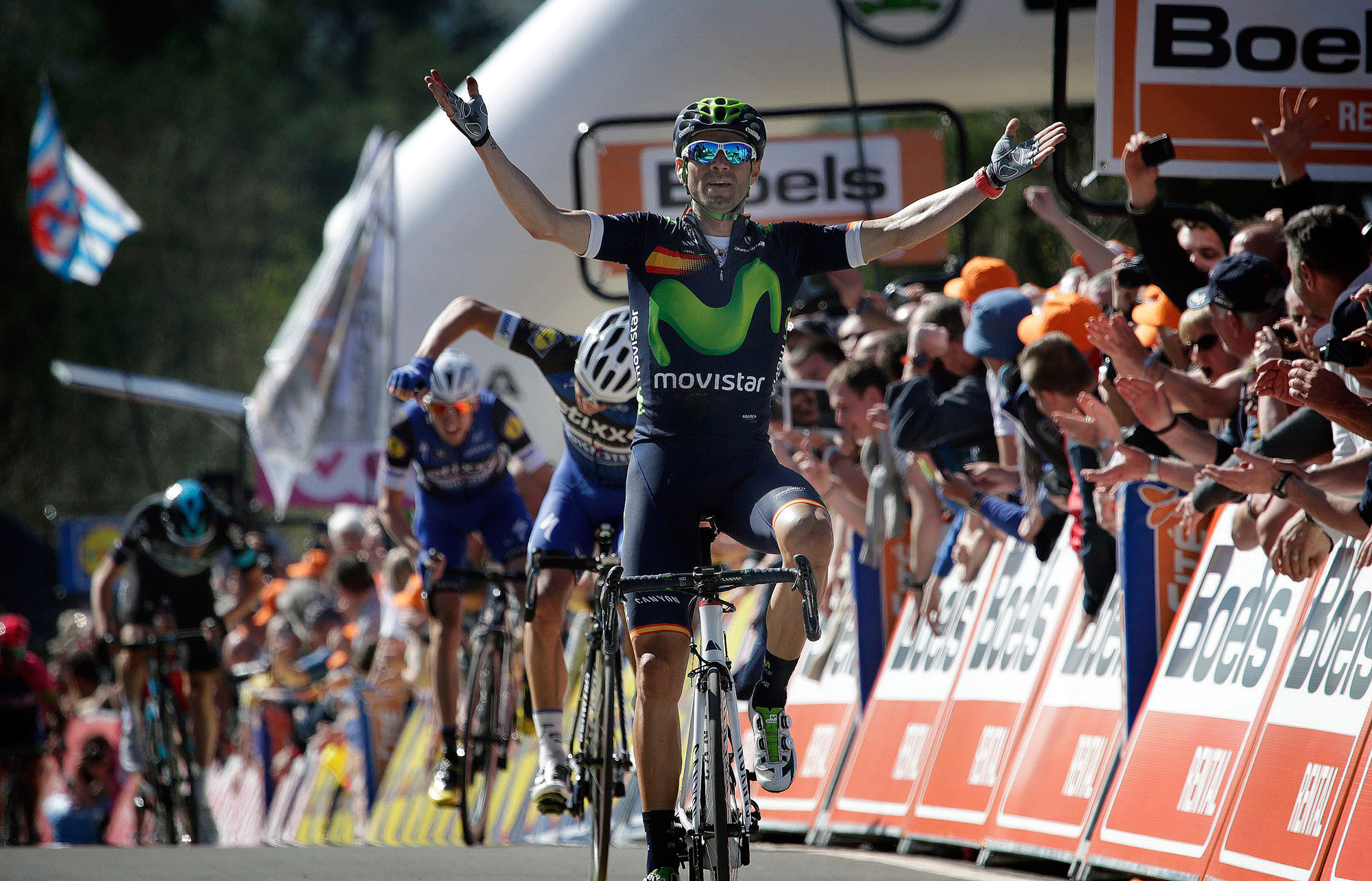 “The team was immense. An absolute marvel, the whole squad was amazing, in perfect harmony – since this very morning. We were able to do the race we wanted to – and crown it in the best possible way. Imanol, Rubén, Betancur, Rory, Dani, Visco… all of them pushed like hell and paid attention to every single split into the bunch, keeping me calm at the front.”

“Before the last Mur de Huy there was a lot of fighting, swerving and also mind games. I wanted to get to the front before the real climbing started to avoid any surprises. Purito attacked first, Daniel Martin followed shortly after. That moment, I saw my feelings were so incredibly great that I couldn’t do any other thing but going after them. This victory, as well as the ones in Castilla y León, keeps me much calm. Also, see: before heading into the start, I was nervous because I felt my conditions were better than in previous years. I wanted to keep everything under control and eventually, it turned out well.”

“I’m really happy, as much as willing to go for next Sunday. We’ve fulfilled our ‘internal’ goal, which was winning Flèche – now it’s time to rest up and thing about Liège. We don’t know if it will rain, maybe the forecast can change, and if he does, we can stay happy: cold without rain is easier to combat. I’m really happy to enter history with this fourth Flèche Wallonne.”