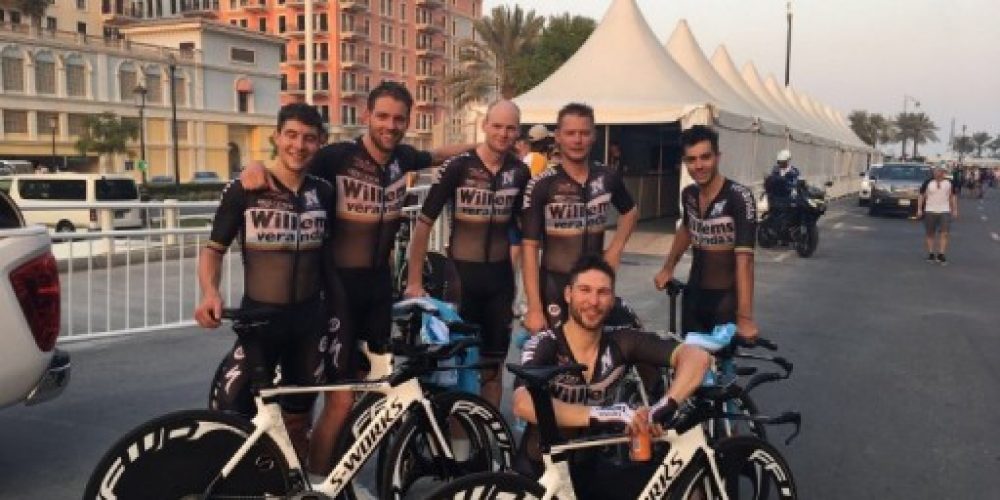 “We had set a time schedule based on the training rides we did this week. It was a tight schedule but the guys managed to stick to it, » team trainer Kristof De Kegel said. « In the final part we ‘sacrificed’ Elias and Sander. The course on The Pearl was technical and that makes it harder with six riders. »

« The riders were happy today and saw they have a place on an international stage like this one. The staff have worked intensively towards this event. The top ten result we obtained here is a reward for us all, » De Kegel concludes.